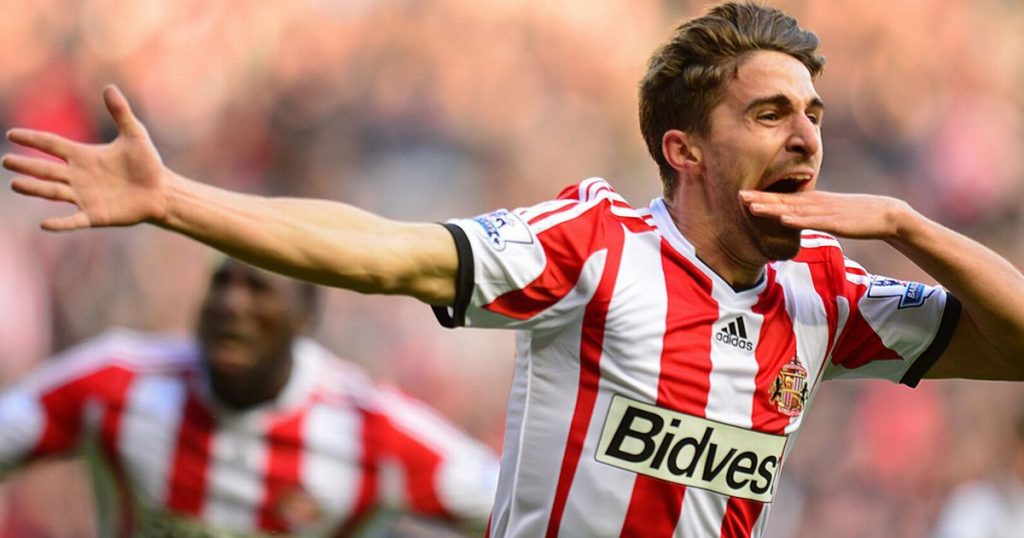 Sunderland striker Fabio Borini is poised to return to Italy ahead of his proposed £5.3 million move to AC Milan, according to the Guardian.

The 26-year-old is set to undergo medical on Thursday before joining the Italian giants on an initial one-year loan deal with a view to a permanent transfer next summer.

Borini, who started his senior career at Chelsea, signed for Sunderland two years ago in a reported £10 million transfer deal after failing to make his mark at Liverpool. The Italian striker scored just two goals last season as Sunderland were relegated from the Premier League.

Borini was initially expected to join Lazio but the Rome club were unwilling to meet his £35,000-a-week wage demands before Milan reached an agreement for the striker’s signature.

Fabio Borini on his way to AC Milan from Sunderland in £5.3m deal. Medical tomorrow

AC Milan are expected to pay £1 million up front and the rest of the transfer fee next summer to seal Borini’s permanent switch to the San Siro.

Despite failing to fulfill his potential in his previous spells at Chelsea, Roma and Liverpool, the Italian striker promises to enhance his chances of making it into Italy’s squad for next year’s Fifa World Cup after joining AC Milan.

Borini has two years left on his current four-year contract he signed to join the Black Cats in 2015.