Lionel Messi’s incomparable dribbling skills this season could be the decisive factor in a tight clash with Manchester United.

Messi has completed 6.5 dribbles per 90 minutes in Champions League games this season, nearly two more than any other player in the competition. It highlights both Barcelona’s reliance on Messi to produce the magic in every game he plays as well as his relentless consistency.

In the 2008 semifinal Manchester United were barely able to keep Messi contained, and they failed to do so in the 2009 final. Both of those performances came (at least nominally) from the right wing, but this season has seen Messi move into a more central role for Barcelona. Simply put, the more Messi plays, the more Barcelona keep winning. And stopping Messi isn’t going to be as easy in the 2011 Champions League final as it was 2-3 years ago, as Arsenal and Real Madrid have found out this season.

What is impressive for Messi is that he manages to complete over half of his dribbles, despite the sheer quantity of these that he attempts:

Only two players have completed a higher proportion of their dribbles this season than the Argentine, despite the fact that he has attempted 91 more of these than either player.

The threat for Manchester United is also that Messi does not limit his dribbles to the wing, but also in and around the penalty, as evidenced against Real Madrid. 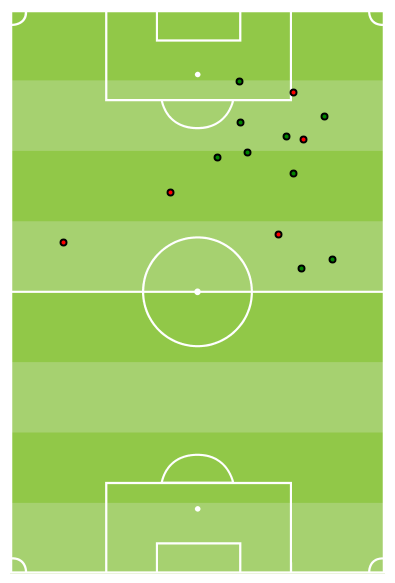 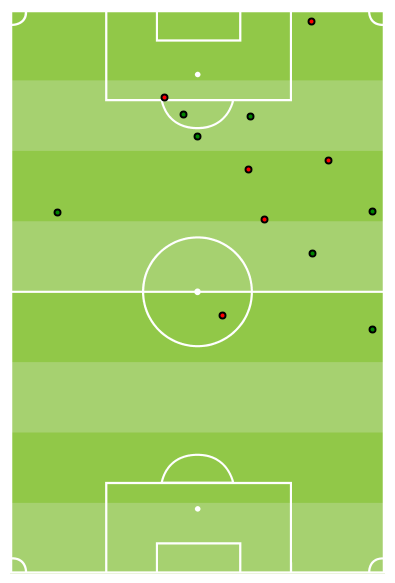