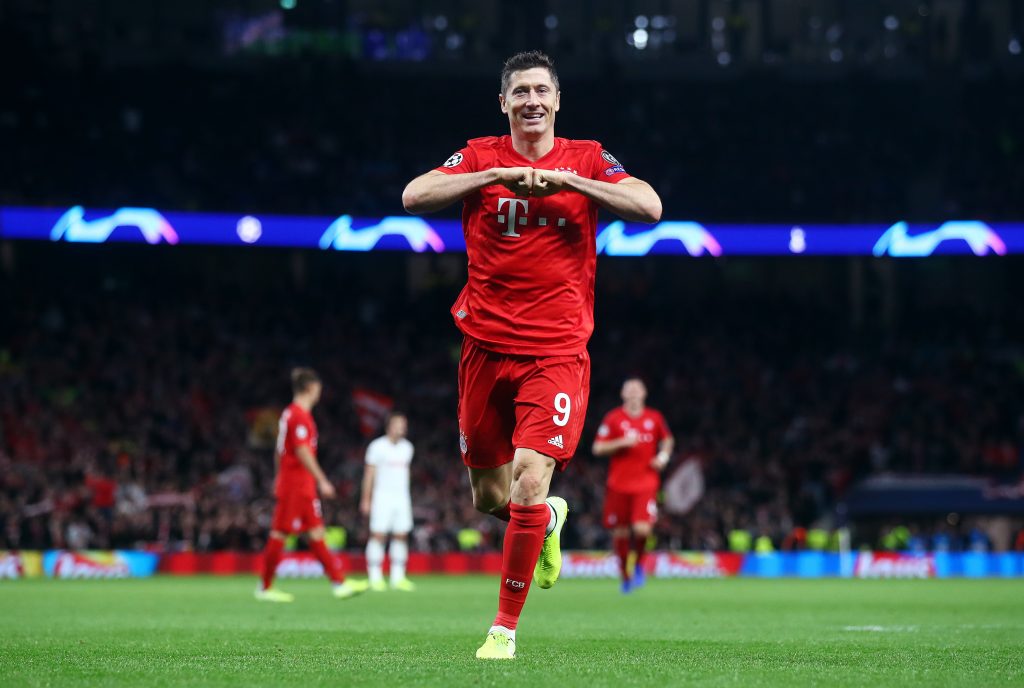 Earlier this month, UEFA revealed their 51 nominees for the Team of the Year and it was unsurprising that Bayern Munich had the most players on the list.

The Bavarian giants won the Bundesliga, DFL Pokal Cup and Champions League treble for only the second time in their history last term and they did so in stunning fashion with a 30-match unbeaten streak which included 29 wins.

Since 2001, UEFA have allowed fans to vote for their Team of the Year on their official website. As always, the final result will be announced in January. Below, in a joint collaboration between Sportslens.com and MediaReferee.com, we’ve put together our top picks for the 2020 Team of the Year.

Manuel Neuer – Bayern Munich: The 34-year-old was almost ever-present for Bayern between the sticks as they went on to win another treble. The club-captain kept 23 clean sheets in his 51 appearances last term. The most important of those came in the Champions League final against Paris Saint-Germain, where he produced a splendid double save to deny Neymar.

Joshua Kimmich – Bayern Munich: The German started the previous season in a defensive midfield role, but converted into a regular right-back during the backend with the injury concerns for Benjamin Pavard. He excelled from the position in the Champions League and provided one goal and three assists from the quarter-final stage. He delivered the cross which led to Kingsley Coman’s winning strike in the final.

Virgil van Dijk – Liverpool: Van Dijk has been hugely influential in the Reds backline since his arrival from Southampton in January 2018. He helped the Reds end a seven-year trophy drought with the Champions League title last year. That was followed up with the club’s maiden Premier League crown last season which was also their first league title in three decades.

Sergio Ramos – Real Madrid: The centre-back has been with Los Blancos for the past 15 years and recently joined an elite group of defenders with 100 club goals in their careers. He was Los Blancos’ second top-scorer with 11 league goals last term as they pipped Barcelona to the La Liga title after a three-year wait.

Alphonso Davies – Bayern Munich: Davies had a superb breakthrough season last season. A winger by trade, the Canada international managed to excel from the left-back role while keeping record signing Lucas Hernandez out of the team. He bagged three goals and 10 assists from his 46 outings where he caught the eye with his pace and last-ditch tackles.

Kevin de Bruyne – Manchester City: The 2019/2020 season was disappointing for the Cityzens as they won only the League Cup. However, on the personal scale, De Bruyne had a top season with 16 goals and 23 assists. 20 of those assists came in the Premier League and that matched the all-time record held by Thierry Henry in 2004.

Thomas Muller – Bayern Munich: Muller’s career appeared on a decline until Hansi Flick took charge at Bayern in November last year. He has since played regularly in the second striker role behind Robert Lewandowski and that has got the best out of him with 12 goals and 25 assists from just 35 appearances.

Leon Goretzka – Bayern Munich: The ex-Schalke 04 ace started last season on a slow note due to injuries, but picked up his form after the turn of the year. Aside from his defensive solidity, he has also been a creative influence for Bayern with 12 goals and 13 assists in 2020. Goretzka has stayed consistent despite the constant changing of midfield partners.

Lionel Messi – Barcelona: The six-time Ballon d’Or winner saw his team suffer an embarrassing 8-2 defeat to Bayern in the Champions League quarter-final earlier this year and that meant that the club had a trophyless season for the first time since 2007/08. Still, it was a top season for him as he became the first ever player to register 20 goals and 20 assists in the same La Liga campaign.

Serge Gnabry – Bayern Munich: The former Arsenal youngster made the headlines last year by scoring four goals in the 7-2 Champions League rout of Tottenham Hotspur. He has carried on the form in 2020 with 16 goals and five assists from the right wing. He has transformed into an all-round player with successful tackles, take-ons as well as creating chances for his teammates.

Robert Lewandowski – Bayern Munich: Probably would have won the 2020 Ballon d’Or, had France Football not cancelled the annual event. He’s also one of the favourites to win the 2021 Ballon d’Or.

He was the prime reason behind Bayern’s success last term with a staggering 55 goals from just 47 games. He has shown no signs of slowing down and has already bagged 15 goals from as many matches this season. The 32-year-old is surely the best striker in the world at the moment in terms of consistency.