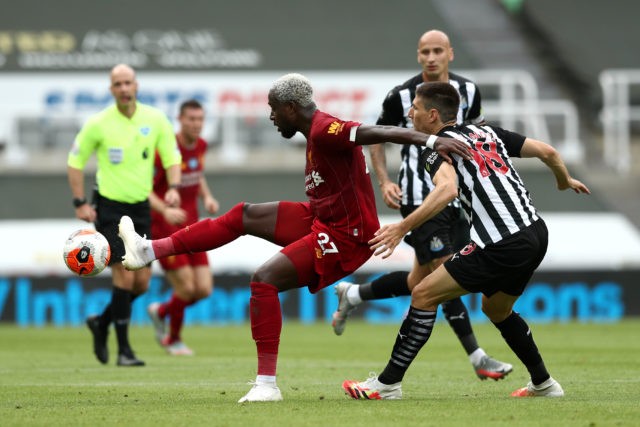 Leeds United are looking to sign Liverpool striker Divock Origi in the summer transfer window, according to reports from The Mirror.

The Whites are looking to bolster their forward department this summer, and the Yorkshire club have been linked with several good strikers so far.

Patrick Bamford was the club’s top scorer last season, but Leeds need another quality striker ahead of the new season.

As a result, they have turned their attention towards signing Origi who struggled for regular games at Anfield last season.

Aston Villa are also interested in signing the Belgian international, and it remains to be seen whether they make a formal move for him.

Origi would be a cracking signing for Leeds

The 25-year-old has always made an impact whenever he took the pitch. In the 2018-19 season, he scored important goals in the Champions League, and last season he popped up with an important goal against Everton in the Merseyside derby.

Origi also has a tendency to score in patches. That shows he can be a lethal weapon for any manager if he is properly used.

At Liverpool, it’s hard for him to dislodge Roberto Firmino from the starting line-up, and therefore he could explore the option of moving to Leeds where he would get regular games.