India
Home News should we kill off the europa league

Remember that fabulous Parma team that lifted the UEFA Cup in 1999?

Led then by manager Alberto Malesani the team was made up of superb talent from the back to the front. A young Gainluigi Buffon kept goal, protected by a back three of Lillian Thuram, Fabio Cannavaro and Nestor Sensini. Their attacking lines included the creativity of Juan Veron, covered by the combative Dino Baggio, and Hernan Crespo to put the chances away.

I only bring up the case of the formidable team Parma entered into the UEFA Cup that year because of one simple question: of the clubs that now qualify for the UEFA Europa League, could you ever imagine a team with such talent winning the tournament under its new guise?

The delusion of inclusion

A major answer to this question starts with UEFA. The qualification boundaries for the tournament are far too broad. It seems the inclusive policies of Michel Platini in regards to the European club competitions is an attempt to force TV money around the lesser clubs to prevent, or stifle, the financial power becoming exclusive to a select few clubs at the top of Europe’s more lucrative leagues.

This, on the face of it, seems a genuine attempt to make European football more diverse. The inclusion of Debrecen, Unirea Urziceni and APOEL in this years Champions League is testament to this. The reality however is that the teams that are entered into this year’s Champions League, especially from Europe’s biggest leagues (Spain, England and Italy) make those teams that are entered into the UEFA Europa League underneath ill equipped to compete in Europe.

Coupled with this, those who enter into the tournament from smaller leagues are usually never in a financial position to have a squad that is capable of competing either. When the UEFA Europa League was known as the UEFA Cup it suffered from some serious credibility issues and the rebranding of the tournament will mean nothing if UEFA don’t change their policy about who qualifies.

European football should be about the spectacle of two great teams competing with the stadium, squad, and financial stability to cope.

The UEFA Europa League fixtures being held on a Thursday (presumably because UEFA recognise the matches would lose the ratings war with any half-decent Champions League game on a Tuesday or Wednesday) only makes this worse for the clubs competing domestically. It means that they have to travel across several time-zones to play a game of a poor standard, then travel back to their own country for a match on either Saturday or Sunday.

Imagine the kind of mental energy the players have when they return. Fulham’s performance in the Premier League this year acts of a perfect example. 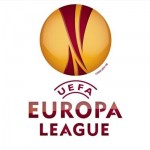 The UEFA Europa League has to be a more exclusive if it is to gain any kind of respect. One argument could be that the teams from Italy, Spain and England are not taking the competition seriously and as a result blame is placed firmly at their feet for the shortcomings of the quality of matches. But what choice do they have?

Take Tottenham Hotspur who participated in last years UEFA Cup for example. Juande Ramos had left the team struggling for points in the early stages of the Premier League and when Harry Redknapp arrived he had to focus on survival and later moving up the Premier League, this left no place for his more important players during the UEFA Cup tournament and we saw Dean Parrett, John Bostock and Jonathan Obika take to the field.

To a lesser extent the same can be said of Aston Villa this year and last year. AC Milan also did the same when playing Portsmouth at Fratton Park in 2008, as did Bayern Munich elsewhere.

The best example for me is the aforementioned position of Fulham and the team they announced to play CSKA Sofia. Fulham had a fantastic year in the Premier League last year finishing a lofty 7th but Fulham are a team in no way equipped to compete with the demands of Europe this year. Their Premiership position is not guaranteed and neither is there Premier League status (they currently find themselves in 15th) and yet because of the entry requirements for the UEFA Europa League they find themselves due in the Stadio Olympico on the 5th of November.

Granted, there are exceptions. Bayern Munich were involved in the tournament in 2007, Milan the year after that in, and Roma and Valencia have entered this year. This has mostly been down to poor domestic form however, which can never be accounted for. Some credibility is given to the tournament in the form of Champions League drop-outs also.

The cups inception was to create of competition for domestic league runners-up and that is how it should have remained. The spectacle has completely disappeared and serves usually to hinder teams taking part. Winning the tournament offers little prize money, and even less prestige.

It’s a radical step to abolish it, but what purpose does it serve? It creates no great exhibition, and offers very little intrigue apart from the fans of the teams taking part. It’s a cut throat attitude I know, but the Champions League is surely inclusive enough to satisfy the European club calendar.