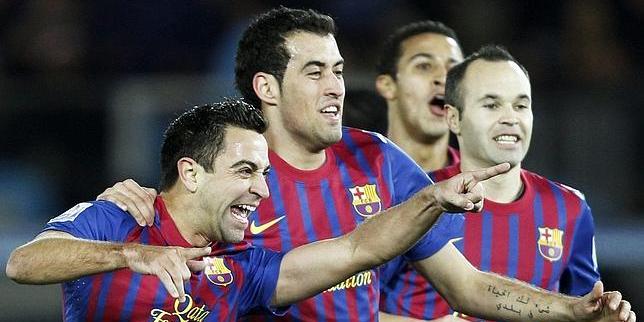 Barely a couple of days after we had reported that Manchester United are interested in the services of Barcelona midfielder Sergio Busquests, the player has now himself confessed that he would love to play in the Premier League.

Ahead of Barcelona’s Champions League encounter against Manchester City on Tuesday night, Busquests told Guardian, “I admire the Premier League for the quality and style of football.”

When asked whether he could be seen playing one day in England, the midfielder said, “Maybe after years playing the same style you tire of it, and football there is very different. Stadiums are full, pitches are good, the press is different, people are different, the football culture is different.”

“Everyone talks highly of England and I’d like to experience it one day. You see more space, more opportunity to enjoy your football. It’s more physical, more intense, but I think I’d be comfortable. I can’t say I’ll definitely play there because things change and I’ve always said I want to stay here for many years, but I’d like the experience.”

We had reported that Busquests has a market value of €75m and that French Champions PSG are also interested in the player. It is believed that the Parisian club owned by Qatari Nasser Al Khelaifi could trade midfielder Badia in exchange for a total deal of €75m.

The figure sounds ridiculous and despite Busquess’ recent claims, its only wishful thinking to see the player leaving Barcelona any time in the near future.