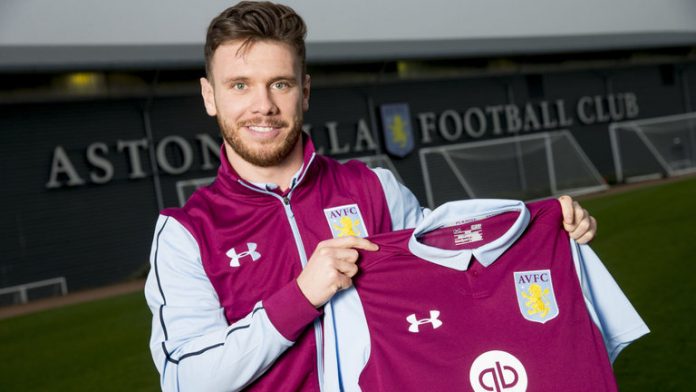 The 26-year-old joined Villa on a £12 million deal in 2017 from Brentford and has not been able to justify his price tag yet.

Sheffield United were on the lookout to sign a striker in the summer and they earmarked Hogan as one of their options. Hogan has admitted that he spoke with former Villa manager Steve Bruce about his situation, but the club told him to stay put.

“I knocked on his [Steve Bruce’s] door a couple of days before the window shut just to find out what was going on,” Hogan said, as quoted by the Daily Mail. “Sheff United were very interested.

“I wasn’t allowed to leave. He was adamant that he didn’t want me to go, he said I had a future playing as a striker and I was assured we were going to change the way we were playing.”

Hogan is yet to feature for Aston Villa this season. However, with Bruce now gone, he can hope to resurrect his career under Dean Smith who joined from Brentford.

Probably the Blades wanted to sign him on a cut-price deal, and Villa weren’t willing to let him leave cheaply. Hogan thrived under Smith during his time at Brentford, and will be looking to play a more prominent role under him once again.