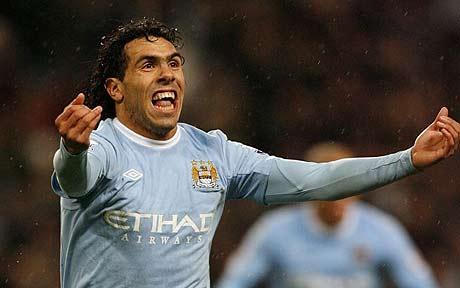 When we first examined the most important marksmen in the Big Four leagues, we looked at which players in Europe were the most crucial to their teams. This was done according to Scoring Stats, a measure of a player’s combined Goals and Assists, measured as a percentage of their team’s total league goals for the season. Then, Serie A stars Marco Di Vaio and Edinson Cavani topped the European Scoring Stats tables, each contributing to over 63% of their club’s goals.

Clubs in Italy and Germany – as well as the big two Spanish teams, Real Madrid and Barcelona – were much more likely to focus their offense around one player, as of the top twenty players by Percentage contribution to their team’s goals, eight came from Italy and seven from Germany. In early April in Serie A, an average of 38.5% of all a team’s goals came from that one focal player; in the Bundesliga it dropped to 36.77%. The English Premier League was by far least reliant on star men, their average contribution by a team leader (32.4%) propped up by Carlos Tevez’s remarkable 50% contribution to Manchester City’s cause.

Obviously this measure is highly swung in favour of forwards. Although some midfielders – such as Hoffenheim’s Gylfi Sigurdsson – or defenders like Leighton Baines led their club, often that was the result of their free-kick taking duties (Baines recording sixteen total Scoring Stats, eleven of which were assists, either from crosses or set pieces).

At the end of the Season, numbers didn’t change much:

Where Avg % is the average contribution to a team’s total goals by the player with the most total goals + assists. Please note the Bundesliga is an eighteen team league (34 games), not a twenty-team league.

While most clubs decreased their reliance on their star men – in general – over the last six weeks of the season, only La Liga increased. This is in part due to the number of injuries suffered – these figures are always likely to be high at the start of a season and lower towards the end as more players get on the scoresheet and others either fall out rotations or receive injuries. England’s total decreased as Carlos Tevez who, with only six weeks remaining in the season, had scored or delivered the assist for half of the Citizens’ goals. His importance to league numbers is exemplified with the English percentage dropping by half a percent – because he missed just a month.

Lionel Messi and Cristiano Ronaldo: A cut above

Once again, European football was dominated by Lionel Messi and Cristiano Ronaldo. While Ronaldo managed to better his opponent’s total, having fifty Scoring Stats in the league to Messi’s forty-nine, his breakdown was typical of a centre-forward rather than the all-purpose forward into which he has morphed. He registered a 4:1 goals-to-assists ratio, while creative maestro Messi averaged slightly under three assists for every five goals. That he contributed 51.6% of Barca’s stats is remarkable and due to their scoring 95 goals for the BBVA season; Ronaldo’s Madrid scored 105 goals, meaning his percentage is slightly decreased (49.0%).

To remove those two (and replace them with “average” replacements) is telling:

This can only be considered while keeping several factors in mind. Firstly, should Cristiano Ronaldo and Lionel Messi be injured, while the best players in the world, they would undoubtedly be replaced by someone above replacement level. (As a matter of interest “replacement level” is approximately twelve goals and four assists. The player with Scoring Stats most closely resembling those numbers is in-demand Espanyol striker Pablo Osvaldo). That is, this probably incorrectly assumes that Messi and Ronaldo are solely responsible for those goals, which may be true in part but definitely not 100% true. Secondly, it emphasises simply how great Cristiano Ronaldo was during the run-in as he chased Hugo Sanchez’s Los Merengues scoring record.

You can, however, see how much Barcelona and Real Madrid inflate Spanish averages. Should they (heaven forbid) undergo financial meltdown, the tenor of the entire Spanish League will be changed forever.

In Part Two, we’ll examine which players are the most crucial to their individual teams.

For full details, visit Balanced Sports’ Scoring Stats page. There, you’ll find totals for each team in Europe as well as for all four English divisions.

For more analysis and opinion shoot across to Balanced Sports. You can also follow Matthew Wood on Twitter @balancedsports