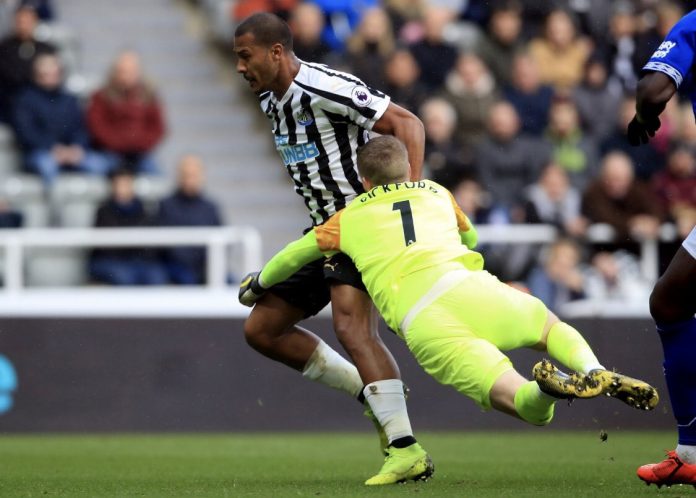 Everton goalkeeper Jordan Pickford was involved in the centre of a street brawl in Sunderland on Sunday evening, few hours after watching the Checkatrade Trophy final between his former club and Portsmouth.

The Merseyside club have since claimed they are looking into the matter after a video of the England international engaged in the fracas went viral on the internet.

It has since been claimed that Pickford’s fiancee was verbally abused, triggering the goalkeeper’s reaction.

It remains to be seen how Everton will react, but former Toffees’ boss Sam Allardyce has jumped to the star’s defence, claiming his character means he is bound to flare up occasionally.

"Jordan's character is why he is such a good goalkeeper."

"He won't be the same player if you don't allow him to be that character."

"He just needs to choose better places to go out & make better decisions."

Sam Allardyce defends @JPickford1 over alleged fracas on a night out. pic.twitter.com/uSOhbu8ACl

Pickford helped Everton to a 2-0 win over West Ham United on Saturday before spending a day off in his home city, and his public show of shame will definitely be of huge concern to managers Marco Silva and Gareth Southgate.

Nevertheless, Allardyce’s defence of the goalie will excite Everton fans who will agree that his character has played a huge role in his rise to the top over the last few years.