During the Ballon d’Or Gala 2015, Ronaldo introduced his son to Messi.

As you can see in the video below, Ronaldo urged his son to introduce himself to the Barcelona forward, after claiming the young kid was a big fan.

“We watch videos and he only talks about you”, said Ronaldo while he introduced his son to Messi.

Then when his son is very timid around Messi he tells him something like “Bashful now eh?”

Ronaldo’s son has appeared in a recent photo, courtesy Spanish newspaper AS, that her grandmother has posted on Instagram where we find the kid holding a tablet in his hands watching a video of Lionel Messi. 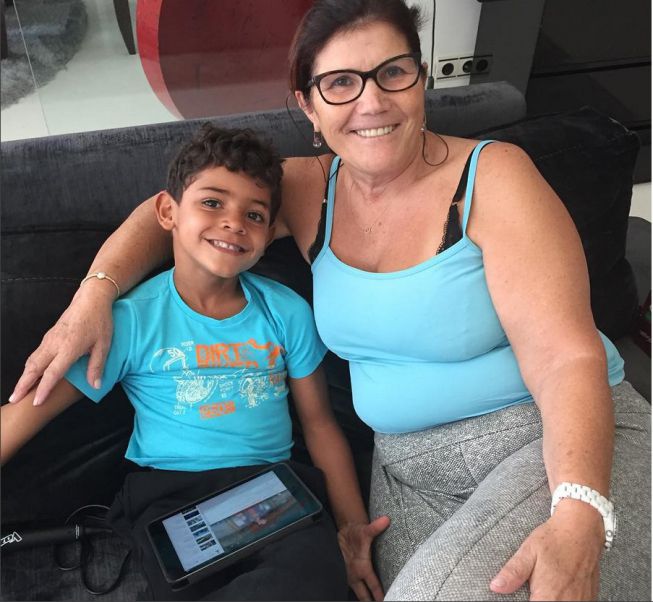 Surely, the kid must be a big Lionel Messi fan.