Luis Suarez, Karim Benzema, Andres Iniesta, Toni Kroos, Neymar, Luka Modric, Xavi, James Rodriguez, the list goes on. It is quite some cast list for this Saturday evening’s match-up between Real Madrid and Barcelona. All of the players mentioned could legitimately stake a claim to being placed in the world’s top 20 players and all are capable of being hugely influential in how the match unfolds.
As per usual though, the Clasico brings talk of a showdown between the two men thought of by most as being the two finest players in the game. Cristiano Ronaldo and Lionel Messi have shared the Ballon d’Or between them since 2008, and it’s a fair bet that both of them will have a major say in the result whichever way it goes.
Things are perfectly poised for Messi. Apart from maybe at the Camp Nou in front of his own supporters, what better way to celebrate being crowned the all-time La Liga goal scoring record than in a Clasico at the Santiago Bernabeu? The Argentine scored his 250th La Liga goal last weekend at home to Eibar, leaving him just one short of Athletic Bilbao great Telmo Zarra’s tally.

Breaking Zarra’s figure, achieved in 279 games compared to Messi’s 285, will be no easy task against an in-form Madrid side of course. Even though the 27-year-old has a very respectable nine goals to his name in all competitions so far this season, he isn’t quite reaching the stratospheric ratios of previous years in goalscoring terms. The reason for this may be partly due to playing in a slightly deeper position under new boss Luis Enrique of course.

The new role he is playing seems to be having a very positive effect not only on his game, but on the team as a whole. Neymar in particular is benefiting greatly from the Argentine’s link up play. Messi appears to be a happier man on the pitch than he was for the most of last season and is having a greater overall influence on the team.

One of the main things Carlo Ancelotti will no doubt be working on this week will be to find a way to deny Messi as much room as possible in which to weave his magic. As every Madrid manager over the last decade can testify to though, that is far easier said than done. You suspect that Toni Kroos and Luka Modric might be playing deeper roles themselves in an effort to cut off Messi.

To score two goals away to Madrid at the Bernabeu is no easy task but then again we are talking about a man who already has two Bernabeu hat-tricks to his name. The first was back in 2007 in a thrilling 3-3 draw with the second coming earlier this year in the Catalan’s 4-3 victory.In 2005 former Barcelona great Ronaldinho famously received a standing ovation from the Bernabeu crowd off the back of a mesmerising two-goal display. If Messi does manage to produce that record breaking brace on Saturday, it will be interesting to see if whether the Argentine receives similar adulation from those in white.

As for Ronaldo, the man just can not stop scoring at present. His early season form makes for astonishing reading. The Portuguese has struck fifteen goals in just seven league games to date this campaign including three hat-tricks.

Since arriving in 2009, the current World Player of the Year has amassed 291 goals in 271 La Liga appearances. It seems it is difficult to talk about Ronaldo or Messi these days without mentioning the other seeing as, in terms of goalscoring at least, the pair are simply in a different stratosphere to anyone else. If Ronaldo continues at this kind of level though the likelihood is that it will be him once again being awarded the Ballon d’Or come January.

So what can be done to stop Ronaldo? The Portuguese is perhaps at his most lethal when attacking with pace on the counter-attack. With Gareth Bale looking likely to miss out due to injury, the onus will be on Ronaldo even more than usual to provide the danger on the break. 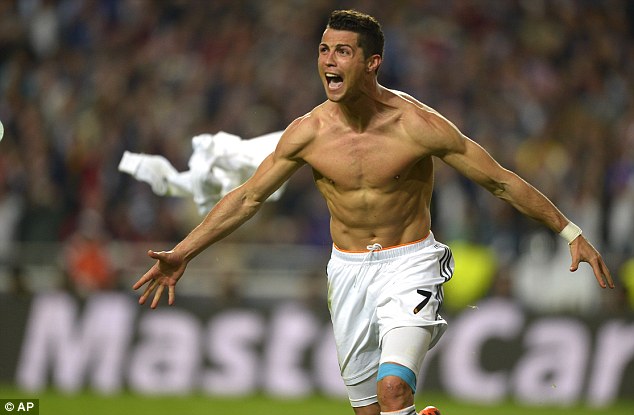 Dani Alvez is likely to be the man deployed on the right of the visitor’s defence, but the Brazilian may have to alter his game slightly in order to subdue Ronaldo. Alvez loves to drive forward up the wing and support the Barcelona attacks, but he will have to be mindful not to leave his centre backs too exposed. The Portuguese also switches wings several times a game so the likely left-back Jordi Alba may also have to sacrifice some of his forages forward in order to keep tabs on the Madrid forward. A big help to the pair will be Sergio Busquets who is just about as reliable defensive midfielder out there. The Spain international will not be too far away should the gaps appear at the back for the Catalans.

Ronaldo has a superb scoring record against Barcelona with 13 goals in all competitions. They haven’t always been decisive however. On only two occasions have his strikes proved to be the difference – once in a 2012 encounter at the Camp Nou and the other in the Copa del Rey final of 2011. Ronaldo will be confident of changing that stat this weekend to continue the unbelievable scoring run he is on.The Clasico is rarely a dull affair and whatever the outcome, it should once again be a privilege to witness two of the greatest of their generation go head to head at the peak of their powers.