When Ronaldinho finally left FC Barca it was a sad day. For a brief time he was the king of football and quite possibly the greatest player to have worn the famous ‘blaugrana’ stripes. He was a lovely person with it; his personality balanced perfectly with his status.

Samuel Eto’o too was an astonishing player for the club. His goal rate was superb, always scoring at crucial times. Compare when he scores his goals against other strikers with a high rate. They were nearly always the first goal of the game, the equaliser, or the winner. Samuel is aggressively competitive. Again, like Ronaldinho, he has a great personality despite what backbiters may have you believe.

That neither will be playing in the Camp Nou next season feels wrong. Surely their exit should have been meant more? The truth is the exact opposite. It seems that many people are glad that they are leaving. ‘Lazy, disinterested and finished’ are words I have heard over the past few days.

True, they have both performed below their best, but is that a reason to sell them off? I don’t believe it is. Players of this caliber thrive on challenges. If anything they were both guilty of their success. It is a surprise the now-departed team management weren’t on top of this after the European Cup win against Arsenal.

It is too easy to blame the players. Part of managing a team is motivating players; Barca’s old bench demonstrably failed in this task. If a player can’t motivate himself to play for Barcelona, especially a player in Ronaldinho’s class, when can he?

Hopefully the club will be able to replicate the success they enjoyed when these two great players were at their best. If they can’t, then this summer may well be their defining moment. Players like Ronaldinho and Eto’o are literally ones in a billion. There is talk that Berbatov will be brought in as a replacement, and whilst he is a superb player it is incredibly doubtful that he is of the same class as the two men who defined a new era in FC Barcelona’s history. 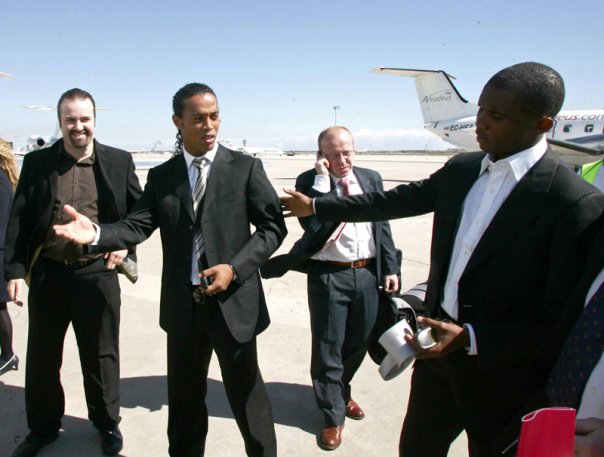 Oliver Fowler is the brains behind Next Soccer Star, set up to offer an opportunity for the next stars of football to showcase their skills and to offer the very best a road into the professional game and possible megastardom.