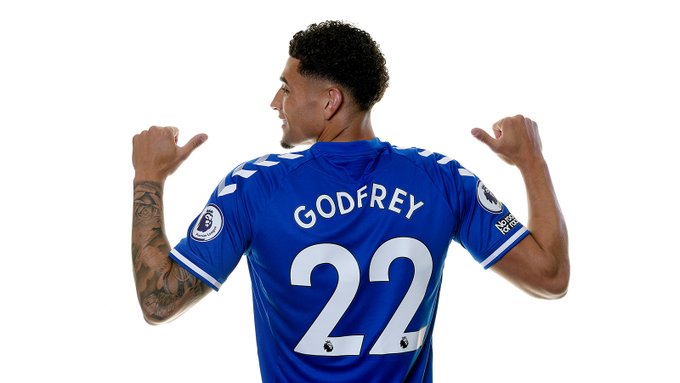 ✍️ | Ben Godfrey has signed for #EFC from Norwich City for an undisclosed fee, penning a five-year deal until the end of June 2025.

The England youth international is the Toffees’ fifth signing of the summer transfer window following the arrivals of Niels Nkounkou, Allan, James Rodriguez and Abdoulaye Doucoure, and he will be expected to add quality depth to manager Carlo Ancelotti’s defence.

Former Manchester United centre-back Rio Ferdinand reckons Everton have landed a defender with a lot of potential, and he took to Twitter to react thus to Godfrey’s arrival on Merseyside:

With Mason Holgate and Jarrad Branthwaite currently injured, Everton had only Yerry Mina and Michael Keane as their only fit centre-backs prior to Godfrey’s arrival.

The Toffees are the current Premier League leaders having won all of their four opening games of the campaign, and the quality of the signings they have made this summer played a huge role in making that possible.

They face Liverpool after the international break and will fancy their chances of picking up all three points after Aston Villa handed Jurgen Klopp’s men a 7-2 shellacking yesterday.