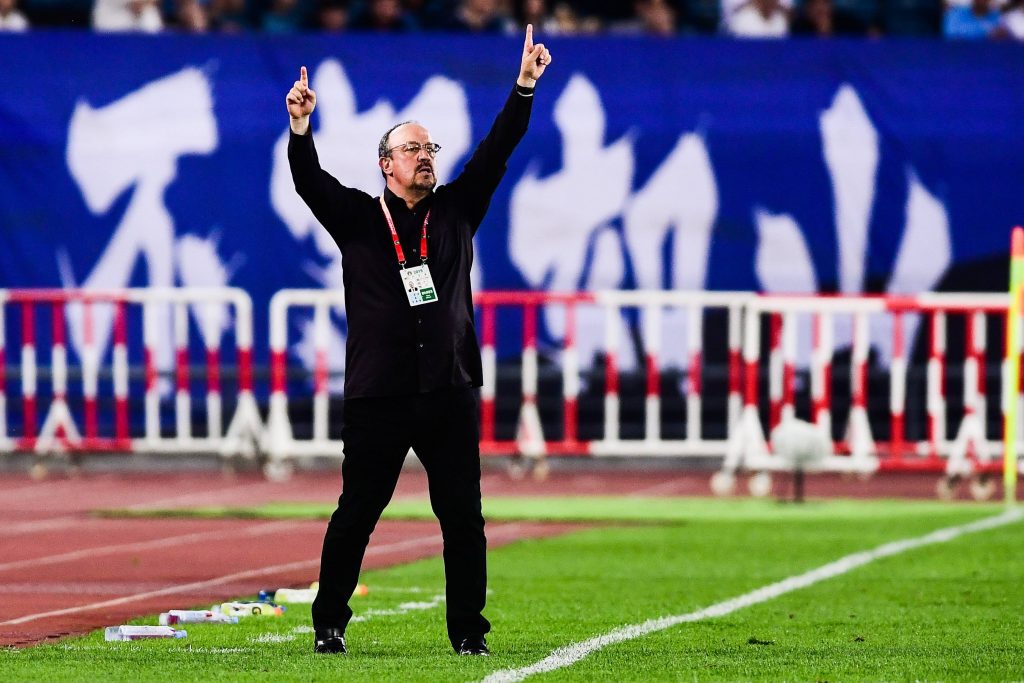 Everton have been linked with former Liverpool manager Rafa Benitez, but the fans do not want him.

The Toffees are hoping to land a quality replacement for Carlo Ancelotti, and it seems the Spaniard has impressed majority owner Farhad Moshiri.

Whether Everton would go ahead to make their most controversial managerial appointment ever remains to be seen, but beIN SPORTS presenter Richard Keys does not want Benitez at Goodison Park.

If you discount every other good reason why Everton shouldn’t appoint Benitez consider this – told to me this morning by one of his coaching staff at Anfield – ‘attack with 3 – always keep 7 behind the ball’. Evertonians wouldn’t tolerate that

Benitez is a pragmatic tactician, and he won the Champions League at Liverpool to prove his quality.

The former Real Madrid boss may not be a huge fan of beautiful football, but he delivers results, and Everton need a boost after failing woefully last term.

Interestingly, Keys wanted Benitez at Goodison Park back in September 2019.

The veteran broadcaster wrote on his blog: “Well, here’s one to digest. My suggestion for Everton? Rafa. And trust me – he’d walk back from China to take it.”

He has suddenly changed tune and now owes Everton fans an explanation.

Do the Toffees supporters want eye-catching performances from their team without anything to show for it at the end of the season?

Benitez has proven himself at Valencia, Napoli, Liverpool, Chelsea, Inter Milan and Newcastle United, winning silverware at each of those clubs.

While his Reds affiliation and past “small club” comments are an issue with the Everton fans, it cannot be denied that this is the sort of project he excels with.