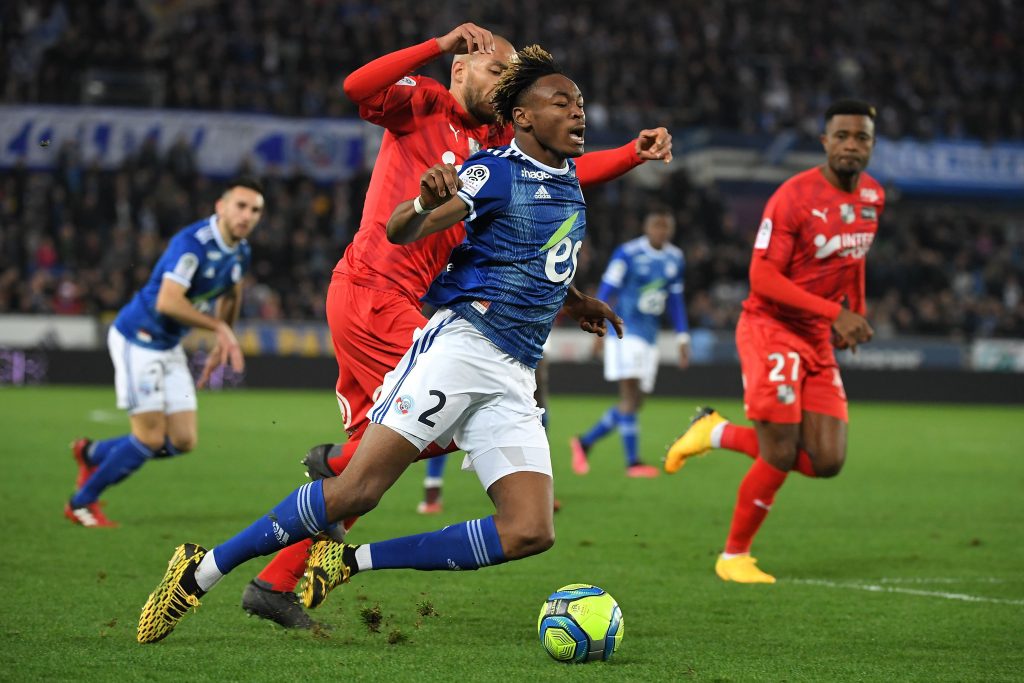 According to RMC Sport (via GFFN), Everton and Tottenham Hotspur are among the Premier League clubs interested in signing Strasbourg defender Mohamed Simakan this summer.

Southampton are also interested in the 19-year-old, but the trio face stiff competition from the likes of AC Milan, Borussia Dortmund and Eintracht Frankfurt.

The Serie A giants tabled a bid for Simakan in January and are planning to return with an offer of around £13 million this summer.

Strasbourg are looking to sell the teenager this summer and are already identifying potential replacements, so it’s a question of who can convince both club and player with a juicy offer, exciting project and regular playing chances.

Told that Everton and Southampton are among the Premier League clubs interested in signing 19-year-old Strasbourg defender Mohamed Simakan. Choice will probably come down to AC Milan or Dortmund though

Tottenham have gotten in touch with Simakan’s representatives and are said to have made more significant enquiries about signing him, with his ability to play as a centre-back and right-back definitely attracting them and others.

Everton want to sign young and quality players capable of helping them to Europe, and the Frenchman fits the bill perfectly.

He has featured in 25 games across all competitions this term, and his strengths include tackling, dribbling, winning aerial duels and intercepting the ball.

Having tasted Europa League action with Strasbourg this term, it’s safe to say Simakan will be keen to join a club playing in Europe next season, and one offering Champions League football could have an added advantage in the race.

Everton aren’t able to offer either, while Spurs have a chance of offering one of them, and it will be interesting to see if one of them will be able to land him.