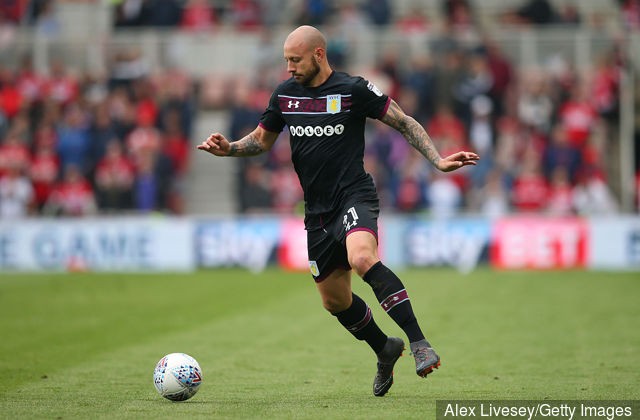 According to reports, Aston Villa right-back Alan Hutton could be set for a possible return to Rangers this summer.

Though Hutton played 33 games in all competitions last season for the Villains, his contract is soon expiring.

The club are also in the midst of financial difficulties and may look to get the veteran off their wage bill.

Hutton has plenty of experience under his belt and is also a strong leader so he will not be short of offers from other clubs.

A move to the Gers could be something that could be difficult to turn down for the 33-year-old.

He previously represented the club between 2002-2008 and went on to score 4 goals from 122 appearances in all competitions before joining Tottenham Hotspur in 2008.

Rangers are looking to re-establish themselves as giants of Scottish football.

They have so far recruited Liverpool legend Steven Gerrard to be their new manager and signed the likes of Allan McGregor, Ovie Ejaria and Scott Arfield as they prepare for a possible title push next season.

Hutton would be a good addition to the side who will be looking to end Celtic’s domination of Scottish football.

For Rangers these are exciting times. Exciting players are bound to join the club this summer.