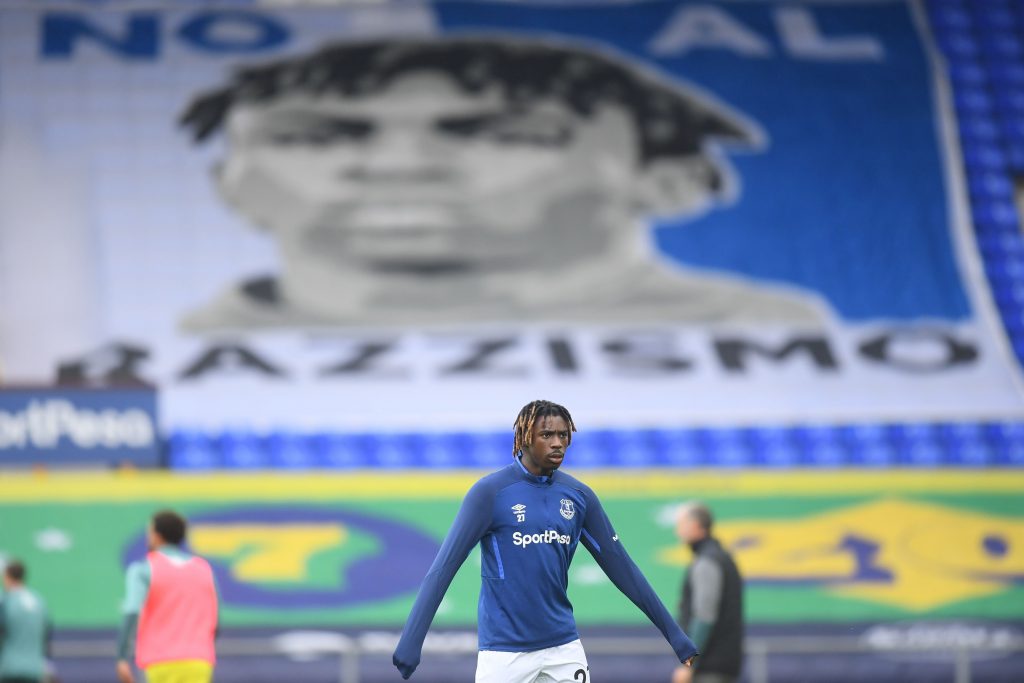 According to France Football, Paris Saint-Germain have an option to buy Everton striker Moise Kean for £18 million after the end of his season-long loan next summer.

The Italy international joined the Toffees from Juventus on a five-year deal for an initial £25.1 million last summer, but he struggled to make an impact.

Kean played 37 times for Everton across all competitions, starting nine times and scoring four goals prior to his temporary exit.

The youngster was clearly not in manager Carlo Ancelotti’s plans for 2020-21, and leaving for PSG for game time was pertinent.

Kean couldn’t afford to continue playing a bit-part role at Goodison Park ahead of next summer’s European Championships given the quality of striking options Italy have, and he will be hoping to play more at Parc des Princes.

PSG were in need of another a striker following the departure of Eric Maxim Choupo-Moting, and it will be fascinating to see how the Everton man fares with the French giants.

They won’t hesitate to activate the option to buy him permanently should he impress, though, and Toffees director of football Marcel Brands wouldn’t have been pleased with how things didn’t work out with the striker at Goodison.