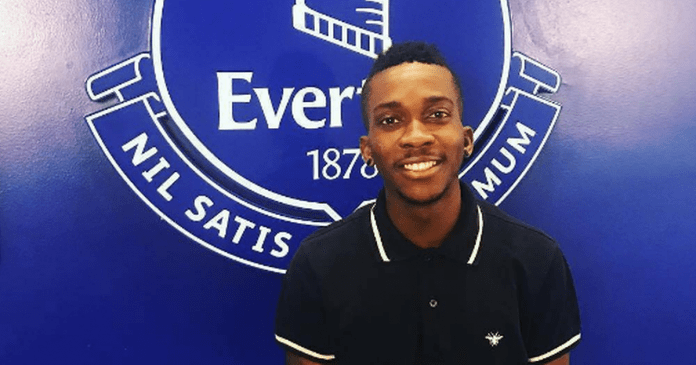 According to AOIFootball.com, Serie A giants Juventus are interested in sealing a move for Everton forward Henry Onyekuru this summer.

The 22-year-old is yet to make an appearance for the Toffees since signing for them from K.A.S. Eupen in the summer of 2017 due to work permit issues.

The Nigeria international was with Anderlecht two seasons ago, registering 10 goals in 28 games and has continued to catch the eyes of suitors across Europe.

Onyekuru featured for the Super Eagles at the Africa Cup of Nations last month, but appeared only once, and that dealt a blow on his chances of earning a work permit.

Everton could do with such versatile forward who is capable of playing on the wings and as a striker, but they will most likely have no other choice than to cash in on him this summer.

The Nigerian cost them just £7 million and has since seen his value increase.

Juve want to boost their frontline after losing Moise Kean to the Toffees and with the futures of Gonzalo Higuain and Paulo Dybala uncertain, they reckon Onyekuru could be a great addition.

Paris Saint-Germain are also reportedly long-term admirers of the Nigerian forward, and were linked with a £20 million interest in him earlier in the summer.

AS Monaco, Schalke and Borussia Dortmund have also been linked with the Everton man, and he could be linking up with one of the bigwigs outside England this summer.