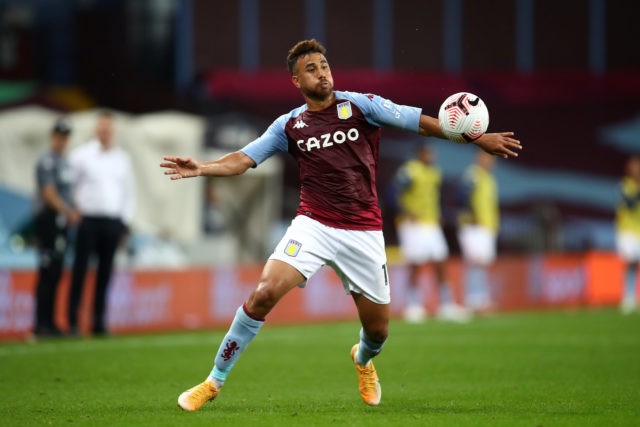 According to reports from Sozcu, Gala boss Fatih Terim has already contacted Trezeguet’s agent in the hope of forcing through a transfer.

The 25-year-old joined Villa last summer from Kasimpasa for a reported fee of £8.7m. He managed 39 games in all competitions and scored seven goals.

However, his future at the club looks uncertain following the arrival of Bertrand Traore.

The Egyptian started in Villa’s opening match against Sheffield United, but a move away from the club cannot be completely ruled out.

The report from Turkey claims that Trezeguet could well depart Villa Park before the end of the transfer window.

Dean Smith, however, reportedly wants to keep the Egytian at Villa, and he has no intention to offload him.

In fact, the former Anderlecht player was one of Villa’s best performers after project restart last season, and played an important role as Villa narrowly escaped relegation.

Smith rates the player and wants him to stay. At the same time, the Villa boss has options now following the arrival of Traore, and Trezeguet’s situation could change in the next few days.

Gala are pushing to get a transfer over the line at the earliest, but whether Villa would agree to a deal remains to be seen.