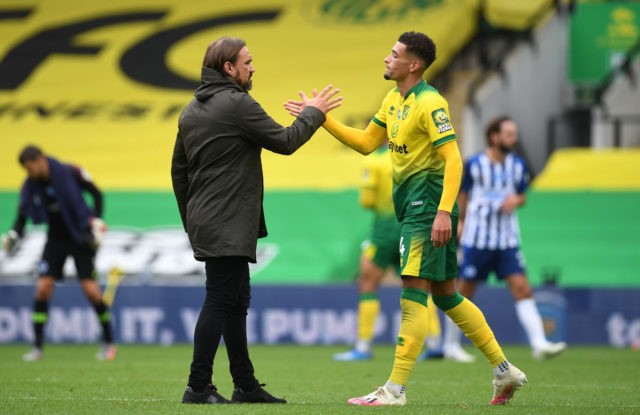 According to The Athletic’s David Ornstein, Everton have Norwich City centre-back Ben Godfrey on their radar as manager Carlo Ancelotti looks to strengthen his defence before the end of the summer transfer window following injuries to Mason Holgate and Jarrad Branthwaite.

The England youth international has also been linked with Tottenham Hotspur and Bundesliga duo Borussia Dortmund and RB Leipzig, and he was once admired by Liverpool, Arsenal and Lyon.

Everton will hope to pip fierce competition to the signature of Godfrey, but the 22-year-old won’t come cheap, with Norwich demanding for around £30 million for his signature.

The centre-back was one of their best players last term despite eventual relegation, and he has everything it takes to continue playing top-flight football.

With three years left on his contract, though, a move to Goodison Park won’t come easy, and it will be interesting to see whether Norwich will lower their demands.

While Spurs appeared to have moved on and are now looking to sign Inter Milan’s Milan Skriniar, Everton are keen, and that is no surprise given his quality.

Godfrey’s leadership skills are also well-documented after captaining the Canaries and the Three Lions cubs against Kosovo last September, and Ancelotti could do with such a player in his squad.