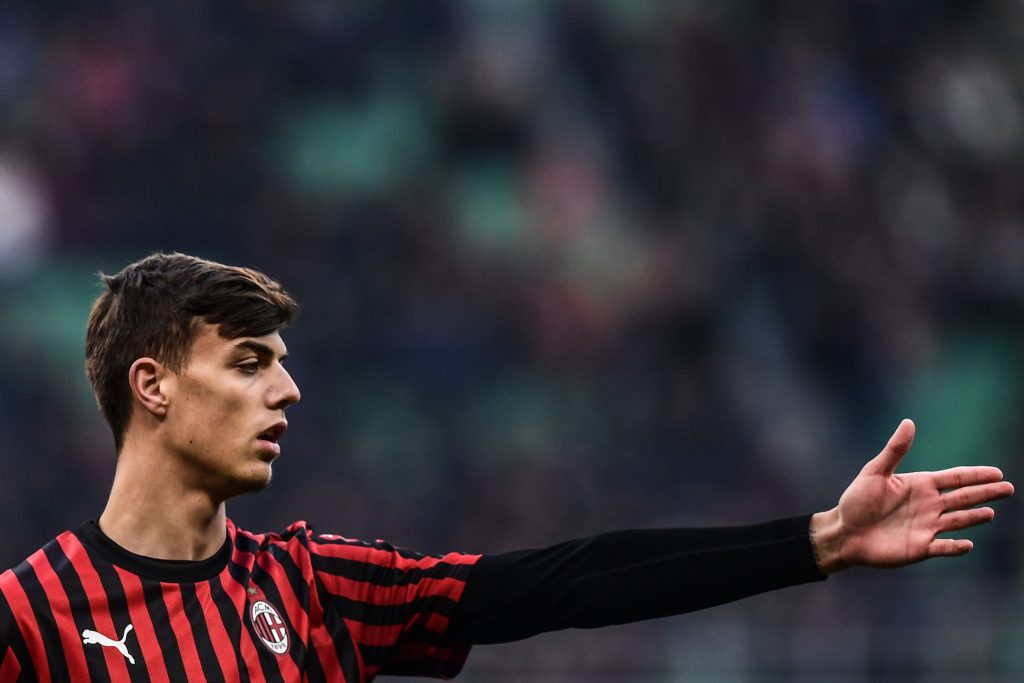 According to SportMediaSet, Everton are interested in AC Milan midfielder Daniel Maldini and have persistently made enquiries about signing him.

The 18-year-old has played just once for the Serie A giants, but it doesn’t appear that has stopped him from having suitors already.

Milan have told Everton that Maldini isn’t for sale, but the report says they aren’t discouraged.

The teenager was in the news last month after him and his father Paolo Maldini both tested positive for covid-19, but they are expected to recover very soon as they haven’t shown any signs of illness in isolation.

Everton want to focus on signing young players under director of football Marcel Brands, and Maldini appears to be in their plans.

Toffees boss Carlo Ancelotti and his son Davide definitely got wind of Maldini’s potential during their time at Napoli, and it will be interesting to see if he can be convinced to leave Italy for the English top-flight.

The Goodison Park outfit are well stocked in the middle of the park at the moment, and even if they sign him, his chances of playing regularly remain slim given his lack of experience.

He possesses an excellent playmaking ability, dribbling skills, ball control, and vision, and will definitely be a great addition to the side, though.

However, more than 20 Serie A players have been linked with Everton since Ancelotti arrived, and the number is expected to increase in the coming weeks and particularly skyrocket during the summer transfer window.

Are the Merseysiders indeed keen on Maldini or it’s just another story from the Italian press to pass the time? Time will tell.