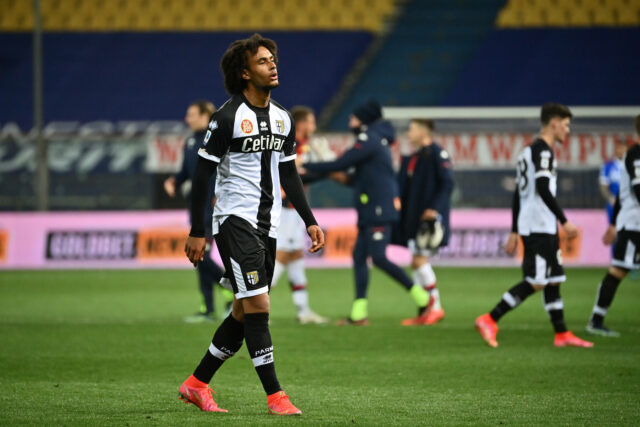 Everton reportedly could look to sign a new striker in the summer transfer window.

According to reports from Tuttomercatoweb (h/t Liverpool Echo), several clubs including Everton are interested in securing the services of Dutch striker Joshua Zirkzee this summer.

Everton were linked with Zirkzee in the January window, with Sky Sports reporting that the Toffees were in talks to land the exciting Bayern Munich youngster.

However, he joined Italian club Parma on loan instead. The Italian side have been relegated from Serie A this season, and it is doubtful that they will be triggering his £14 million option-to-buy clause to sign him permanently from Bayern.

Everton are back in the frame for his signature, but they face competition from a host of clubs.

The Toffees have Dominic Calvert-Lewin as their first-choice striker, but Carlo Ancelotti needs a solid back-up option.

Everton are unlikely to keep Joshua King with them beyond the summer, while Cenk Tosun is expected to secure a permanent move away from Everton.

Moise Kean has impressed heavily on loan for PSG, and the French giants are looking to keep him with them.

Zirkzee has barely featured for Parma this season, making only four substitute appearances in Serie A, and will be keen to secure more playing time next term.