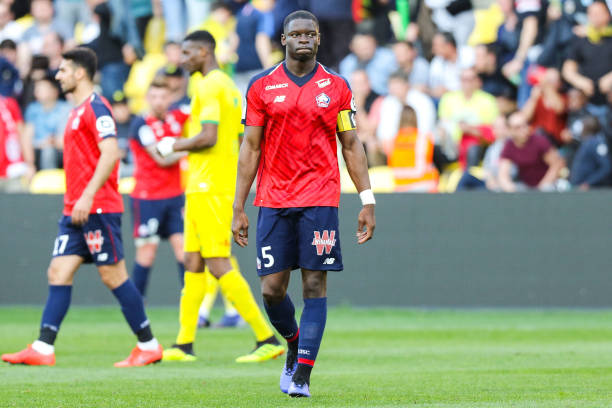 Everton manager Marco Silva was keen to add a centre-back to his squad over the summer transfer window, but efforts to land one fell through.

Chelsea weren’t ready to let Kurt Zouma go temporarily or permanently, and despite both sides already reaching an agreement in principle, the plug was pulled on a deal to sign Fikayo Tomori on loan after Arsenal approached Chelsea for David Luiz.

Everton also had Lille centre-back Adama Soumaoro on their radar, but a move to land their long-term target didn’t work out.

However, the Toffees have now been handed a huge boost in the pursuit of the £13 million-rated versatile defender, with L’Equipe (via Sport Witness) reporting that the Frenchman is almost certain to seek an exit in January and fulfill his dream of playing in the Premier League.

Silva could fancy bringing in another centre-back during the winter transfer window with Mason Holgate his only senior back-up option.

Soumaoro’s ability to play across the backline is a feature that could attract Everton.

Former manager Sam Allardyce was keen on the Lille star, and even if a move in the middle of the campaign falls through, the Goodison Park outfit could return for his signature next summer.

They have scouted the ball-playing defender on several occasions, but it remains to be seen if he will fancy his chances of breaking into the starting XI.