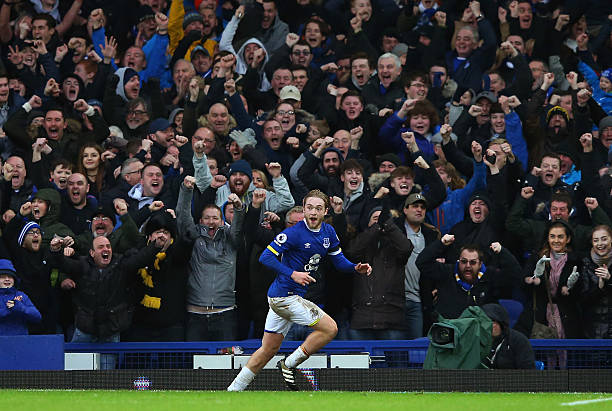 According to The Athletic’s Patrick Boyland, Everton manager Marco Silva has challenged midfielder Tom Davies to improve his consistency, avoid early bookings going forward and wants the youngster to have a greater influence both on build-up play and in the opposition penalty area.

The 21-year-old has started all of the Toffees’ last four Premier League games, grabbing his fifth goal for the club during weekend’s 2-1 victory against Southampton.

With Everton down to their bare bones in the middle of the park, the onus was on Davies to step up, and the youngster has responded brilliantly well.

Despite featuring in 33 league games in 2017-18 and establishing himself as a key player, the Toffees academy graduate featured in just 16 league games last term after dropping down the pecking order following a huge dip in form.

However, he is now beginning to look convincing more than ever, and could soon make himself a key and permanent member of Silva’s starting XI.

The Everton boss has urged Davies to be braver in possession, picking holes in between opposition lines, and they have also worked together in training to improve his prowess at set-pieces.

The midfielder is highly rated at Goodison Park, as the club see him as their present and future, and should he maintain his current form going forward, it won’t come as a surprise if he starts giving other midfielders in the league a run for their money.