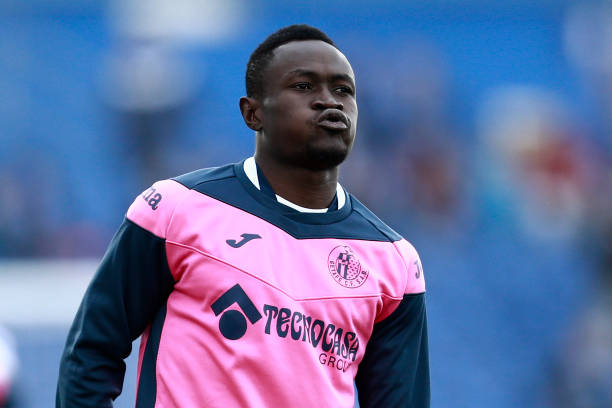 According to The Sun, Everton are interested in signing Getafe centre-back Djene Dakonam, but they face competition from Tottenham Hotspur.

Arsenal, Bournemouth, Southampton and Crystal Palace are also keen on the Togo international, and AS Monaco have already seen a £13 million bid knocked back, with the La Liga outfit holding out for £22 million.

New Toffees boss Carlo Ancelotti knows he needs to strengthen the defence after it shipped 32 goals in 22 games, and Djene could be a fine addition.

The 28-year-old made the La Liga Teams of the Year for the 2017-18 and 2018-19 seasons after impressive individual campaigns, and it’s not a surprise that Spurs’ boss Jose Mourinho also wants him.

The La Liga star can also play as a right-back, and such versatility will definitely come handy at either Goodison Park or the Tottenham Hotspur stadium.

If the North Londoners land him, Mourinho will also have the option of playing him in the right of a back three, but the Portuguese isn’t in dire need of a defender at the moment following the swift rise of academy graduate Japhet Tanganga.

That could give Everton and co a chance to move this month.

Djene’s contract with Getafe doesn’t end until 2023, though, and having played 22 games this term and helped his side to seventh in the table, cashing in on him in the January transfer window doesn’t appear to be a top priority.