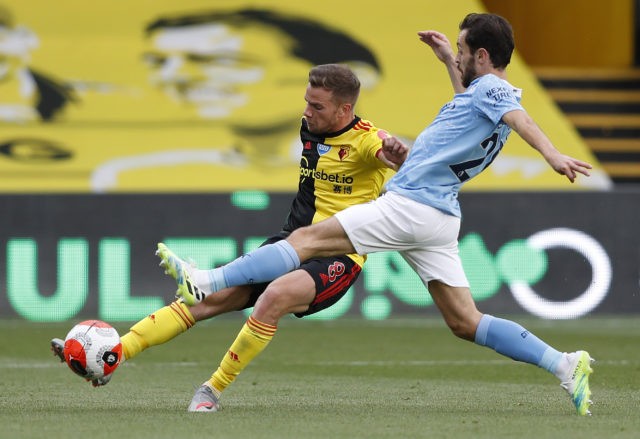 La Liga giants Barcelona are looking to sign Manchester City playmaker Bernardo Silva in the summer transfer window, according to reports from The Telegraph.

The report claims that the Catalan giants are targeting Silva and are willing to look into a player-plus-cash deal for former City target Nelson Semedo.

The 25-year-old joined City three seasons ago from Ligue 1 side Monaco for £43.5million.

He has emerged as a key player under Pep Guardiola and enjoyed a fantastic 2019/20 campaign. Last season, he scored seven goals and provided seven assists in the Premier League for City.

Despite winning the club’s player of the season award last campaign, Silva only managed 23 starts in the Premier League.

Barcelona are looking to approach Silva to see if he would be willing to make a switch to the Nou Camp this summer.

However, Barcelona have budget constraints this summer and they won’t be able to afford him. As a result, they are looking for some other way to lure him to join the Catalan club.

Barcelona are very active in the summer transfer window and have successfully completed a player-swap deal already, with Arthur Melo and Miralem Pjanic switching clubs.

Despite the emergence of Phil Foden, Guardiola rates Silva highly. And unless Barcelona come up with a tempting offer, there’s no chance that the Portuguese will be sold this summer.