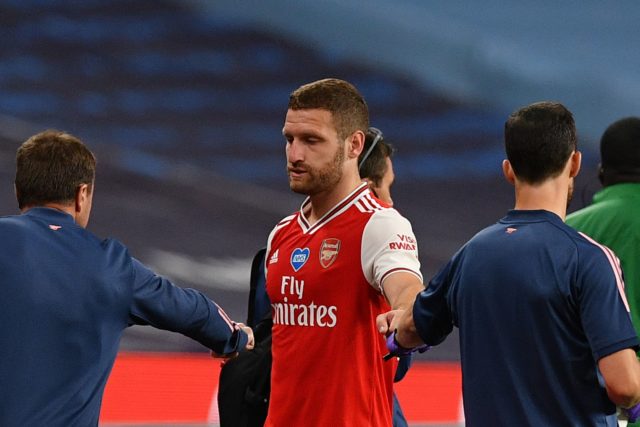 Barcelona are looking to bolster their defence in the January transfer window, and have earmarked Antonio Rudiger and Shkodran Mustafi as potential targets, according to reports from Mundo Deportivo.

The Catalan giants are interested in signing Eric Garcia, but should they fail to land the Manchester City defender, they would turn their attention towards either Mustafi or Rudiger.

Gerard Pique suffered a knee ligament injury in November and the Spanish defender is likely to be sidelined for around four months. Garcia is Ronald Koeman’s first-choice target, but Mustafi has emerged as an alternative back-up option.

The former Valencia defender – who has recently returned from injury – is out of contract in the summer, and Barcelona could sign him on a free transfer.

The Germany international joined Arsenal in 2016 and has managed over 145 appearances for the club in all competitions. He rejected a new deal in the summer and told the Gunners of his desire to move on when his contract expires.

According to a recent report from ESPN, the discussions between him and the club over a new deal have stalled, but the Gunners are still hopeful that they can convince him to stay put.

From a financial point of view, losing Mustafi for free is a blow for the club given they paid £35m when they signed him from Valencia. However, he has not been a huge success at the club, and it indeed comes as a surprise that the club want to keep him.

With so many talented defenders in the ranks (the likes of William Saliba could fill his void), the Gunners should consider selling him in January and recoup some of the money.