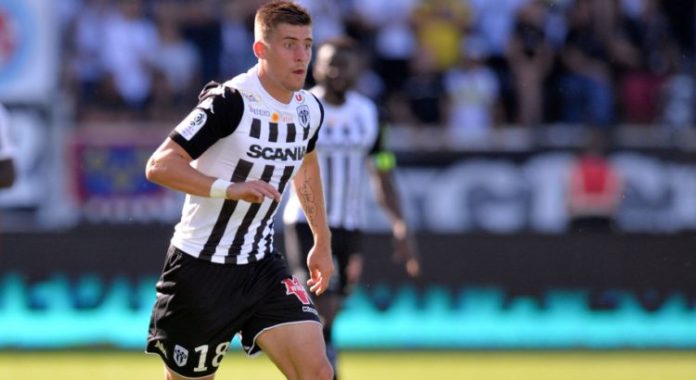 According to reports from Get France Football, Aston Villa are showing ‘intense interest’ in signing Baptiste Santamaria in the summer transfer window.

Manu Lonjon, a journalist for Yahoo! Sport in France, has shared the news on his personal Twitter account.

The Villans have completed as many as five signings – Jota, Anwar El Ghazi, Harry McKirdy, Wesley Moraes and Kortney Hause – this summer.

However, Dean Smith is looking to bring in further six new faces as Villa prepare for life in the Premier League in the upcoming season.

One of the areas where Smith is looking to bolster is the central midfield region, and probably that is why Smith has earmarked the French midfielder as a potential option.

Villa are interested in signing Kalvin Phillips from Leeds United, but the Whites are reluctant to sell him for anything less than £30m.

Santamaria joined Ligue 1 side Angers in 2016, and has been a key player for the side. Last season he played 38 games in the league which shows his importance to the side.

Villa are yet to make a formal bid for the player. Santamaria has three years left on his current deal, so expect Angers to demand a reasonably high transfer fee for him.