Report: Aston Villa have made an approach to sign Dean Henderson 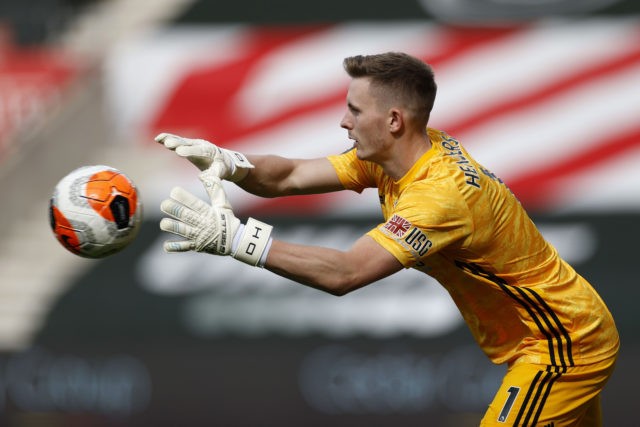 The 22-year-old was simply outstanding for Sheffield United last season on loan from Manchester United.

In fact, many pundits even discussed how his performance was better than that of David de Gea at Manchester United.

The Red Devils find themselves in a very curious situation regarding Henderson. He is too good a player to warm the bench, but it’s unthinkable to drop De Gea straightaway.

According to reports from the Daily Mail, United are looking to agree a new contract with the youngster.

With Sheffield United all set to sign a new goalkeeper – Aaron Ramsdale – there’s no way they would return for Henderson on loan.

In all probability, Henderson could be allowed to go out on loan again, as he needs to play regularly. Even if Sergio Romero leaves the club, De Gea is likely to continue as first-choice at Old Trafford.

The report claims that Villa are among the host of clubs to have made an enquiry about the availability of Henderson this summer.

Henderson could prove to be a  superb addition at Villa if a deal can be done. United are also open to the idea of offloading Romero as a part of the deal for Villa skipper Jack Grealish.