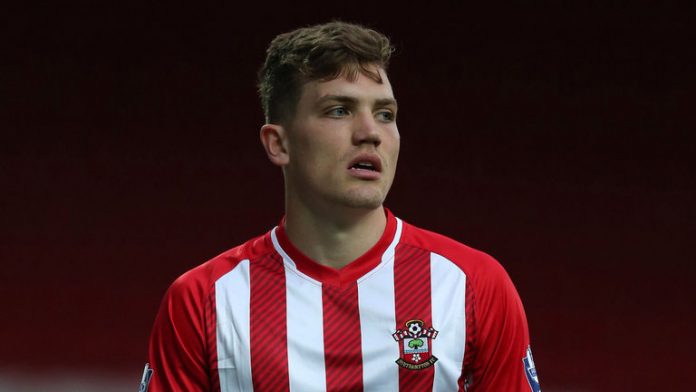 According to reports from the Birmingham Mail, Aston Villa are considering making a move for Southampton striker Sam Gallagher in the summer transfer window.

Villa came close to clinching promotion to the Premier League, but having failed to do so they find themselves in a perilous financial position.

Steve Bruce, the Villa boss, has hardly any penny to spend, and he can only bring players on loan. On top of that, he will have to sell key players to boost Villa’s finances.

The report claims that Bruce is a longstanding admirer of the Southampton striker who would be available on loan.

After breaking through from the Saint’s academy in 2013, the 22-year-old has made 20 senior appearances so far. In between, he has spent loan spells at MK Dons, Blackburn Rovers, and Birmingham City. Last season, he scored seven goals for the Blues.

Gallagher has linked up with the Saints squad for their pre-season tour in China and scored a brilliant goal in their 3-2 victory over Jiangsu Suning.

The 22-year-old is keen to force his way into the Southampton senior squad, but he would be open to move out on loan again, it is the best way to guarantee first team football.