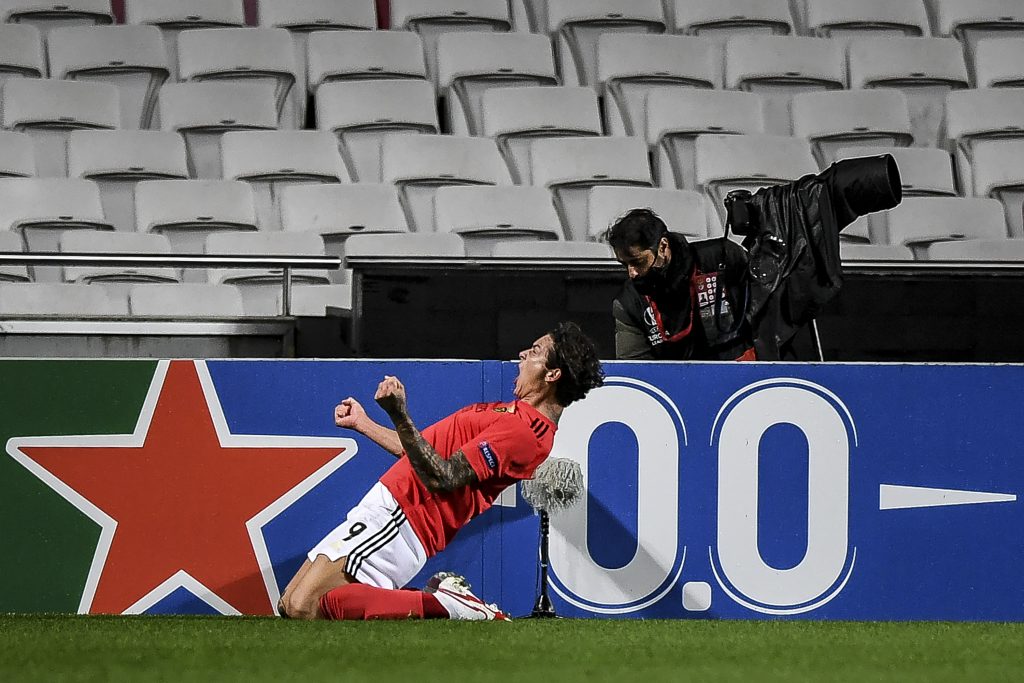 Real Madrid have become the latest club to express interest in Benfica striker Darwin Núñez, according to FourFourTwo.

The 21-year-old started his career at Peñarol, before moving to Spanish second tier side Almeria. After impressing there, he made the switch to Benfica, where he has registered five goals and a further five assists in his first ten outings

The striker has four caps for Uruguay, scoring twice. He has often been compared to fellow Uruguayan Edinson Cavani.

FourFourTwo reports that Los Blancos are looking at bringing in Núñez in January in case Serbian striker Luka Jovic departs.

Jovic has had a tough time at the Bernabeu since signing from Eintracht Frankfurt in 2019, scoring just twice in all competitions in a Real Madrid shirt. It is now thought that his time in La Liga may be coming to an end, with Serie A table toppers AC Milan reportedly a possible destination.

If the 22-year-old was to leave in January, it would leave manager Zinedine Zidane with just Karim Benzema and Mariano Diaz up front, so Núñez could be a necessary signing.

However, they may need to act fast, as FourFourTwo also names Barcelona, Inter Milan, Manchester City, and Arsenal as potential suitors for the Uruguayan’s signature.

Barcelona have had forward troubles of their own this campaign following the departure of Luis Suarez. This left them with Martin Braithwaite as their only natural striker – and he has also been rumoured to be on his way soon.

Antonio Conte’s Inter Milan, however, have had no problems up front. The partnership of Romelu Lukaku and Lautaro Martinez is flourishing, producing 17 goals so far in all competitions. However, the latter is constantly linked with big money moves away from the San Siro, so Nunez could be a necessary replacement.

As for Man City, they will be after a long-term replacement for record goalscorer Sergio Aguero. The Argentine is 32 years old now, and his contract ends in the summer. In a recent press conference, Pep Guardiola hinted that he might be leaving soon.

Out of the five listed clubs, Arsenal are probably the ones most in need of a new forward. The Gunners have scored just ten league goals this season – only Sheffield United, Burnley, and West Bromwich Albion have bagged fewer in the Premier League.

According to FourFourTwo, Núñez has a reported market value of approximately €18m.