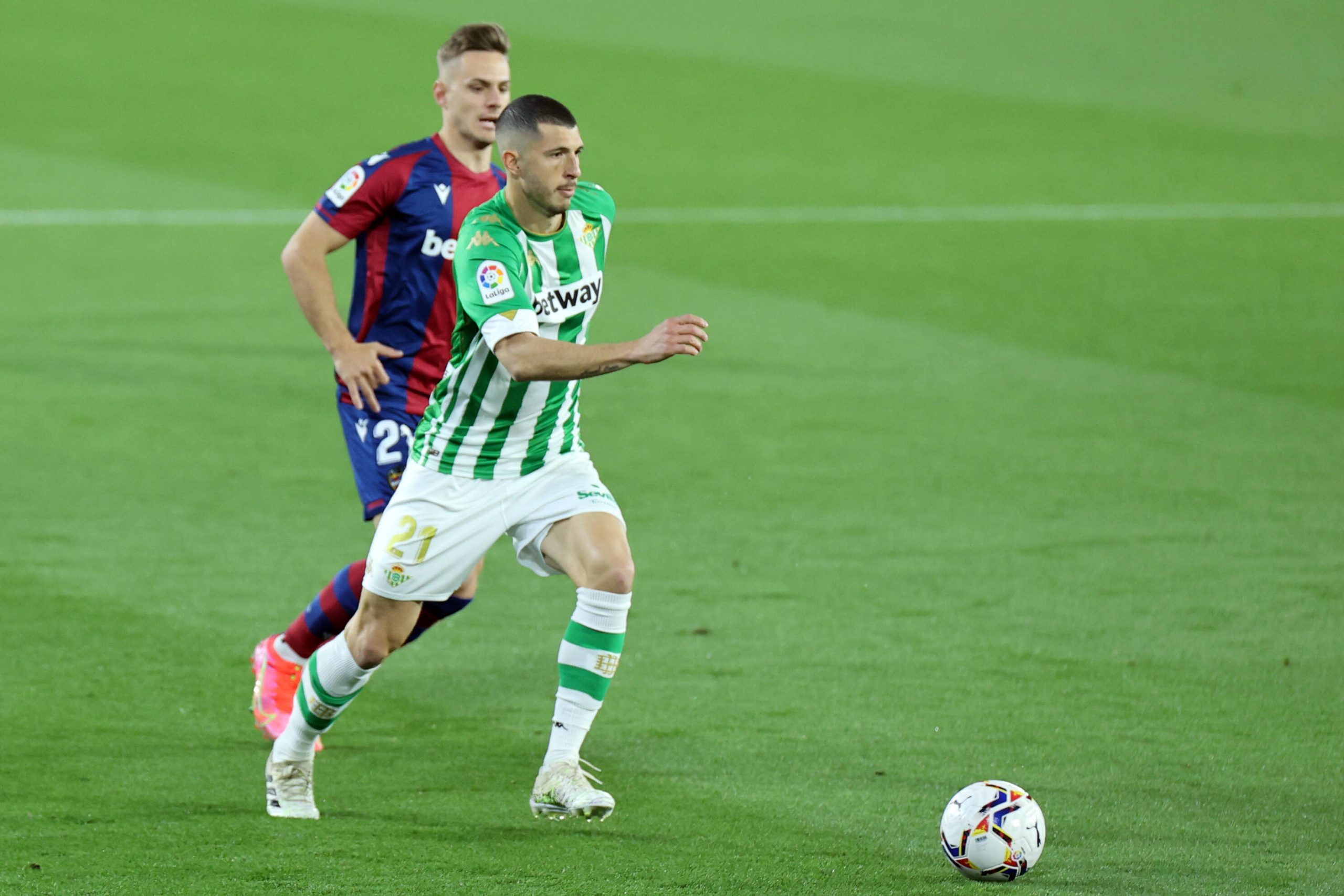 Real Betis midfielder Guido Rodriguez has said that he is aware of the reported transfer interest from Premier League giants Arsenal.

The Argentine joined the La Liga outfit from Club America in January last year, and he has since registered 43 appearances in all competitions.

The 26-year-old has played a key role in the club’s impressive league form in recent months, and they are flying high in the sixth position.

He is currently ahead of William Carvalho in the pecking order for the defensive midfield role, and it is claimed that the Gunners want to lure him to the Premier League.

When asked about the speculation by Estadio Deportivo, Rodriguez said that he is aware of the reported interest, but he is content with life in Seville.

He said: “I saw it because friends from Argentina asked me, but I told them that I knew the same as them. I am the protagonist because I am in the news, but today, I do not know more or less than you who saw it.”

“I am very happy [at Betis], I arrived and there was one or two months with a strange situation for everyone with the issue of confinement, but the truth is that I am very happy in Seville, with the city, the weather, at the club. I’m very happy.”

Rodriguez’s current contract has a release clause worth £68 million, but Betis may sell him for much less amid the financial impact of the coronavirus pandemic.

He has been consistent for Betis in the holding midfield position this term and has averaged a combined four tackles and interceptions per 90 minutes.

Gunners boss Mikel Arteta is looking for a new midfielder to partner Partey, and Rodriguez is someone with similar attributes with strong defensive qualities.

It remains to be seen whether the north London club make a formal approach to sign him or opt for a player with Premier League experience.

Brighton & Hove Albion’s Yves Bissouma has been on their radar, and the club’s hierarchy are said to have made contact with his representatives.

However, the Gunners face competition from Leicester City, who are aiming to lure the Mali international with the prospect of playing Champions League football.

Read: ‘Send him back’: Arsenal fans react after injury scare for Martin Odegaard.