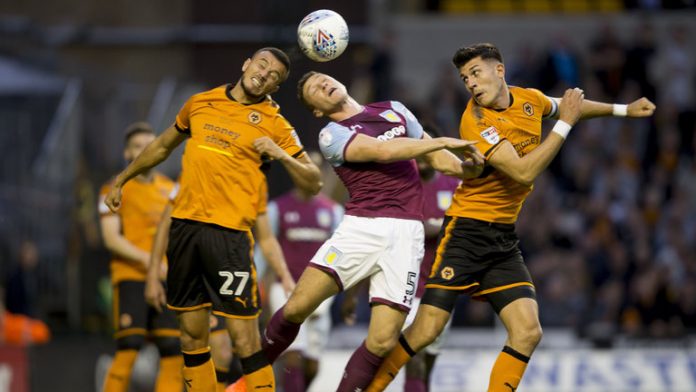 Aston Villa host Wolverhampton Wanderers on Saturday aiming to keep themselves in the hunt for a top two finish in the Championship.

Villa head into the game 10 points behind Wolves, but only four adrift of second-placed Cardiff City.

Sky Sports’ pundit David Prutton tipped a 9/1 winner last weekend and he is eyeing an even bigger return on Saturday.

“Wolves answered some of their critics with a convincing win at Leeds on Wednesday night, but a trip to Villa Park is a totally different proposition for them,” said Prutton.

“Aston Villa are in great form at the moment and they will be hoping to close the gap on the league leaders with victory here and boost their own hopes of automatic promotion.

Prutton has predicted a 2-2 scoreline with Villa’s Lewis Grabban to grab the opening goal (80/1 with Sky Bet) and it’s a tip that should give punters a run for their money.