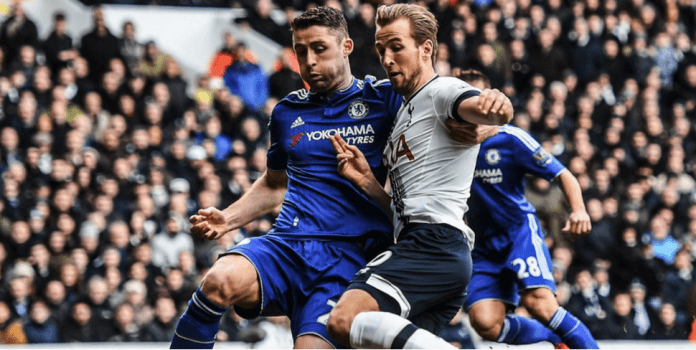 We move into the Round 15 of the Barclays Premier League and once again we’ve some cracking games to look forward to this weekend.

Although we don’t have any high-profile fixtures to look up to this weekend, but smaller teams can always pull up a shock result.

West Ham have earned shock results against Arsenal, Manchester City and Liverpool away from home, and the Hammers would be looking to cause an upset against United at Old Trafford on Saturday.

Arsenal will face Sunderland at home where the Gunners will be looking to bounce back in the league following their disappointing results against West Brom and Norwich.

Harry Kane has scored nine goals in last nine games in all competitions, while Tottenham Hotspur remain unbeaten in 13 league games this season. How long will this run continue?

At Stamford Bridge, Chelsea look to continue their resurgence and move up the Premier League table when they face Bournemouth, who are win-less in their last nine matches.

On Sunday, Liverpool travel to Tyneside to face Newcastle United, where the Reds will be looking to win three league games in a row.

Let us check all the fixtures from Premier League Week 15:

Ahead of Week 15, Let us take a look at the Updated EPL Table after week 14 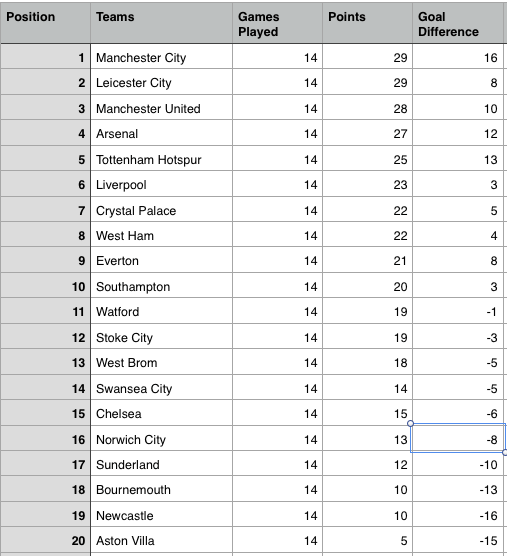 Arsenal are undefeated in 35 of their last 38 home matches in the Premier League.

Aston Villa have lost their last 6 away matches in the Premier League.

Swansea have won just 1 game in their last 11 games in all competitions.

Bournemouth are win-less in their last 9 matches

Newcastle United have won only twice in their last 12 games in all competitions.

Sunderland have moved out of the relegation zone, having won back to back league games against Crystal Palace and Stoke City. Can they make it 3 in a row against a depleted Arsenal side on Saturday?

The Blues have an easy set of fixtures in December, starting with Bournemouth on Saturday at the Bridge. Eddie Howe’s side haven’t won a game in their last nine matches in all competitions. Chelsea have struggled this season, but the Blues have shown signs of improvement in their recent matches, so expect the home side to win comfortably.

A lot has been said and written about Louis van Gaal’s ‘boring’ style of football while United fans have voiced their disappointment on social network as well. But as long as United are delivering the results, there’s hardly any need to press the panic button. United have an excellent record against West Ham having won their last 8 home games against them, but the Hammers are well capable of pulling out a shock result, having beaten Manchester City, Arsenal and Liverpool already away from home.

The Reds are flying high under Jurgen Klopp, after reaching the semi-final stages of the Capital One Cup and registering 4 wins a row in all competitions in the process. Liverpool travel to Tyneside to face a struggling Newcastle side that have won twice in their last 12 games in all competitions.