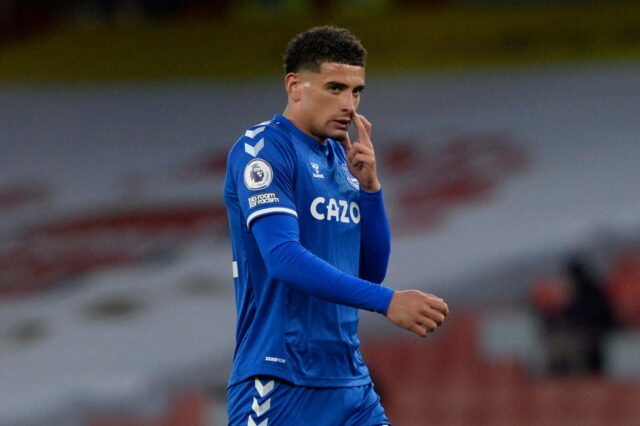 Everton face Aston Villa in the Premier League at Goodison Park on Saturday.

The Toffees head into this match with plenty of confidence after beating Arsenal 1-0 at the Emirates Stadium last week.

Carlo Ancelotti will be hoping to finish the season strongly, and another win here will keep their Premier League top-four hopes alive.

Everton are undefeated in their last four games and will fancy their chances against Villa, who are struggling for form.

Dean Smith’s side have won just once in their last eight league outings. They are winless in their last three games, picking up just one point.

Ahead of the match, Ancelotti revealed that only Jean-Philippe Gbamin and Abdoulaye Doucoure are out for Everton this weekend, although the latter returned to training this week.

The Italian boss said that Yerry Mina wasn’t picked against the Gunners because he had just returned from injury. However, he now is fully fit and is available for selection.

The Colombian international is likely to return to the starting line-up alongside Mason Holgate. Ben Godfrey, 23, who has been outstanding this season, could miss out on this occasion.

In other news, check Aston Villa’s predicted line-up vs Everton.