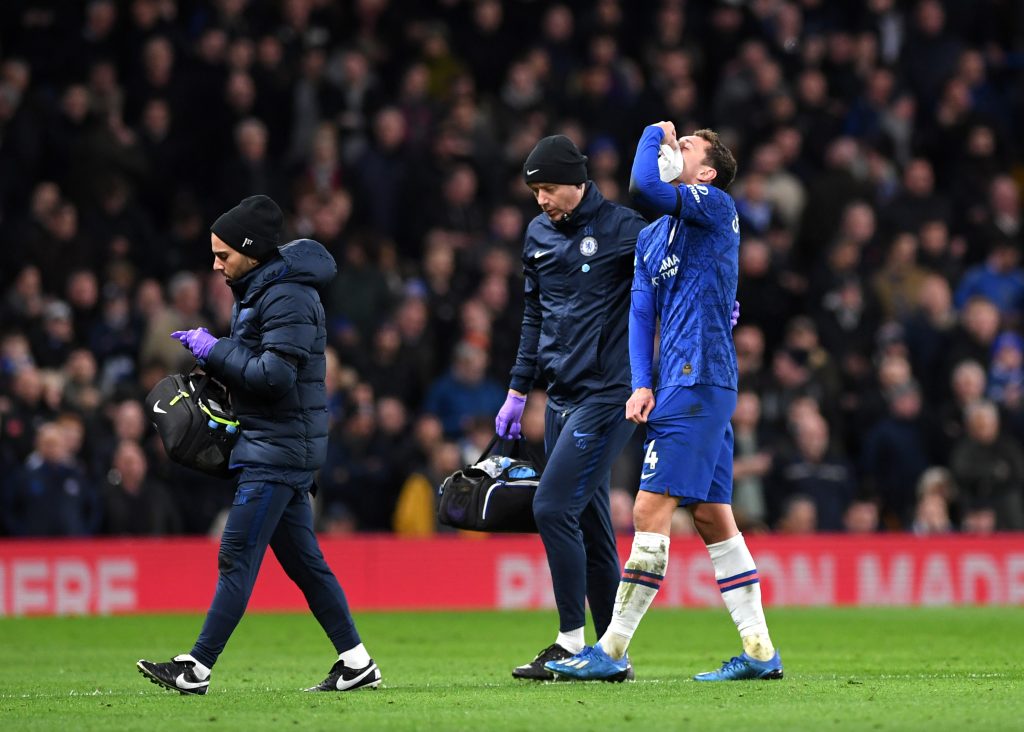 Chelsea host Tottenham Hotspur this afternoon, and with only one point between both London teams, the result could have a huge say on the top-four race.

Frank Lampard’s men suffered a 2-0 defeat at the hands of Manchester United on Monday at Stamford Bridge, and will be looking to bounce back with a win today.

Jose Mourinho has something to prove on his return to Chelsea’s home ground, and with Wednesday’s Champions League defeat at the hands of RB Leipzig still fresh on his mind, victory over his former employers will be sweet.

The Blues ran out 2-0 winners when both teams met at the Tottenham Hotspur stadium in December, with Lampard’s outwitting Mourinho tactically.

Could he do it again now that it even matters the most?

Callum Hudson-Odoi, Christian Pulisic and N’Golo Kante are all unavailable for selection due to injuries, while Andreas Christensen has had a mask fitted on his face after breaking his nose against Man. Utd.

Nevertheless, the Denmark international will most likely retain his spot in the centre of the defence as Lampard names an unchanged back-four.

With Kepa Arrizabalaga still out of favour, Willy Caballero is set to keep his place in goal, while Mateo Kovacic will most likely replace Kante in midfield.

Tammy Abraham missed Monday’s clash as he is yet to fully recover from injury, but he could return for today’s game, with Pedro and Willian playing on the wings.