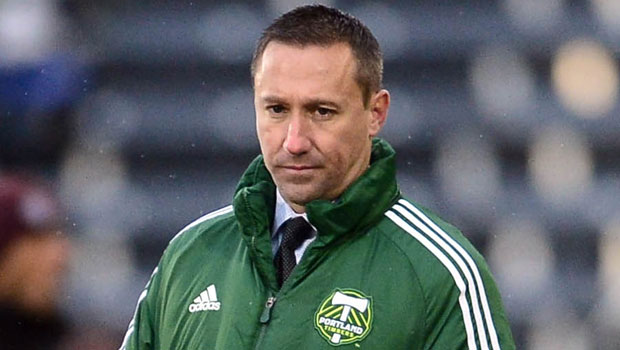 Not because the Timbers are losing. That happens. Teams slump. The good ones break out of slumps, and we’ll figure out soon whether the Timbers are one of those good teams.

I’m disappointed in Caleb Porter, the wunderkind second-coming MLS Coach of the Year, because he’s not saying anything insightful, constructive, or interesting.

After each deflating regular season draw or loss, Porter has churned the same clichés into the same bowl of mush: We’re a good team. The goals will come. The wins will come. Etcetera.

Porter isn’t happy. His tirade on officiating and the Michael Harrington red card was rare from a coach who has always been reserved – if usually intriguing – in his comments to the media.

Everyone at Providence Park is irked with the league-wide phenomenon Hack-A-Nagbe, which has been met with little deference from MLS officials – those who make you long for the days of the replacement refs.

But let’s hope that Porter has some answers that he isn’t sharing with the rest of us, because if he’s not holding back the secret to turning the Timbers’ dud of a season around, he doesn’t have any.

He has to see the problems. He’s too smart not to. Porter must realize that his team is too similar in attack, built so closely together that players who could shine in a different situation are all crowding each other out.

He must realize that his team is struggling with the weight of increased expectations, and he surely knows that the Timbers never built any confidence in their team in preseason, and blood has run colder and colder from there.

Teams who are in a deep funk don’t just turn themselves around one day. Losing builds on losing, and with each passing setback, it becomes harder and harder to turn the car around.

I don’t think the Timbers have hit rock bottom yet, but a loss at home against Seattle will drive probably drive Portland there. The Timbers have only lost to the Sounders once at home – in 2011 – in five games.

That record is in serious jeopardy. Portland is a fragile team right now. They’re without Donovan Ricketts – who saved the Timbers somewhere in the region of ten points last year. They’re probably without Michael Harrington, their top fullback.

It’s hard to say who their top center-back pairing is, seeing as Norberto Paparatto has zero foot-speed, poor awareness, and is only effective with a ton of time and space, which is rare in MLS, which leaves Futty Danso and Pa Kah.

Paparatto hasn’t been benched yet this season. Will Porter go back to the Gambians for Seattle? 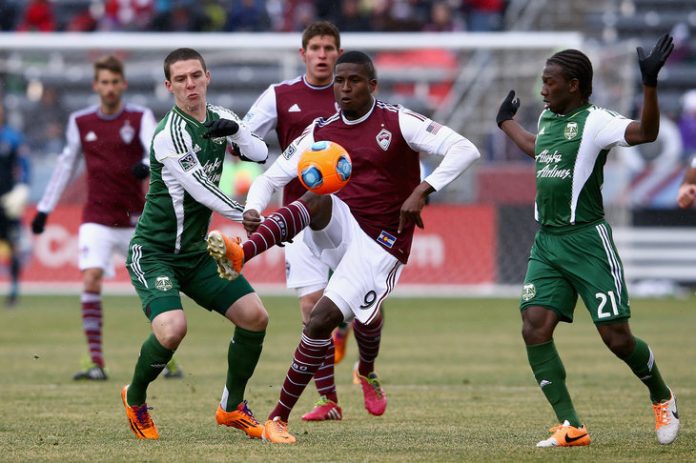 Will Johnson is dramatically underachieving and obviously pressing, and Diego Chara – while solid as usual – is a lot more important on a good team where his defensive work-rate and his ability create turnovers are more magnified.

As for the front four? It’s a total mosh-pit. With Nagbe most likely out – though don’t be surprised if he makes the bench – the Timbers lose their most dangerous weapon. Nagbe was totally dominant in the last three games against Seattle last year.

Kalif Alhassan is a big-game player, and he should take Nagbe’s spot, but he’s coming off an injury and only has two substitute appearances to his name this year. Steve Zakuani, another candidate, is also struggling with injury.

I’ve about given up on Gaston Fernandez, who is good with the ball at his feet but doesn’t work hard enough away from the play and sucks too much oxygen out of the attack by playing so near Diego Valeri.

Maxi Urruti is a totally useless forward whose game consists of running around then falling down, rinsing and repeating, but Porter seems to rate Fernandez up top higher than Frederic Piquionne, and that doesn’t solve any problems either.

Speaking of Piquionne: He’s the obvious choice to play and be the true target forward the Timbers are crying out for. So what’s the problem? Why isn’t he playing at all?

Some blame has to fall on Gavin Wilkinson’s shoulders too, not that a certain portion of the Timbers fan-base will need any convincing of that.

Wilkinson is too fond of going back to the same well over and over again. One good player from Argentina? Great, let’s bring in three more.

In the past, the Timbers have had gluts of Scotsman, Colombians – Jorge Perlaza and Jose Valencia, anyone? – Jamaicans, and sorry – how did Portland get two players from The Gambia anyway? 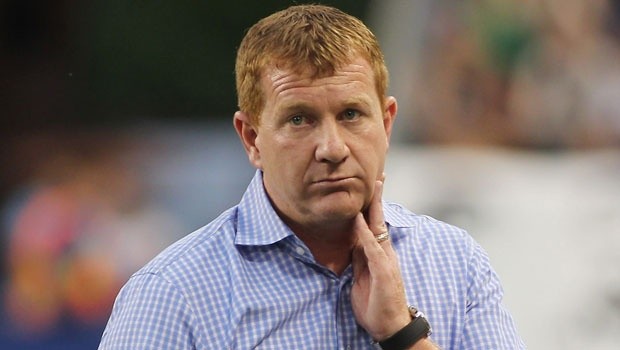 It’s cheap and unimaginative scouting. Wilkinson has certainly had some great moves, and the way he and Porter built the 2013 team was a blueprint for how to turn around an MLS franchise, but he doesn’t handle success well.

In actuality, the Timbers’ first team is being built by a very mediocre executive. That’s a long-term problem.

March was a total disaster, and when you consider that Portland’s schedule was relatively soft, it looks even worse.

So the obvious question is: Are the Timbers doomed?

Probably not. This team still has great players, and the hope is that they will discover the 2013 comradery and spirit that made them so successful.

But the team and its management needs to acknowledge failure, have a stiff drink, then buck up and dig in.

Seattle is in town.