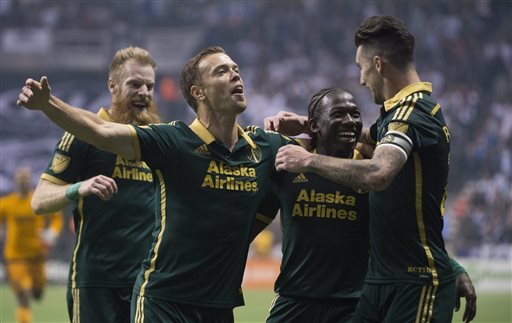 The Eastern Conference final matchup is between Columbus Crew and New York Red Bulls. New York defeated DC United 2-0 on aggregate with a 1-0 win both at home and away. New York were the only team to win both legs and also the only team to not concede any goals. Columbus Crew knocked out Montreal Impact in a thrilling 4-3 comeback victory on aggregate. Columbus were down a goal coming into the second leg against Montreal, but fought back to win 3-1 in overtime, advancing them into the next round. New York Red Bulls have dominated the Eastern Conference all season with shutouts and goals, so it would seem likely that can carry their momentum into this game, knock out Columbus and advance to the MLS finals. The Western Conference final matchup is between FC Dallas and Portland Timbers. FC Dallas dramatically came back from a deficit to win against Seattle Sounders at their home stadium on penalties. They have dominated the Western Conference this season, but they will not want to let this next game against Portland come down to penalties again. Portland defeated Vancouver 2-0 on aggregate in the conference semifinals. Portland dug themselves into a hole in the first leg of this matchup, drawing 0-0 at their home stadium and giving the advantage to Vancouver to win at their home stadium in the next leg. Portland fought back and won the second leg 2-0, despite playing away from home. If Portland can continue their run of form into their home match against FC Dallas in the first leg of the conference finals, they may be able to send Dallas home empty-handed.

There are just five games left in the MLS this season and the remaining four teams will have to fight until the end if they are to lift the trophy. The first leg of the MLS conference finals will be played on Sunday, November 22nd followed by the second leg a week later on November 29th. The winners of the conference finals will then advance to the MLS final on Sunday December 6th. New York Red Bulls and FC Dallas will be the favorites coming into these conference finals after an outstanding season in their respective conferences, leading the second place teams by seven points. The biggest mistake that these two clubs can make at this stage is to count Columbus Crew and Portland Timbers out. All four clubs are capable of winning and any one mistake could cause a team to return home without the trophy.