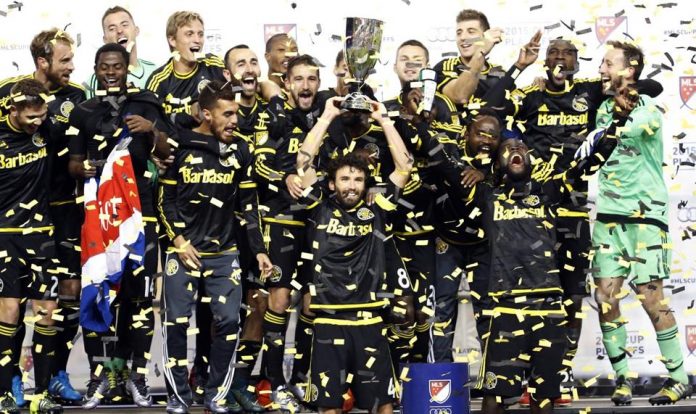 The MLS season is at its end as two teams remain and will face off to determine the champion. Columbus Crew and Portland Timbers will play in Columbus, Ohio on December 6th in the final game of the season.

These two teams worked extremely hard to get to the final and both upset the favorites to get where they are now. It has been a long MLS season and it all comes down to this one final game.

Portland and Columbus have had incredible seasons, both teams being the winners of their conference, but there is only one team that will lift the final trophy of the season. 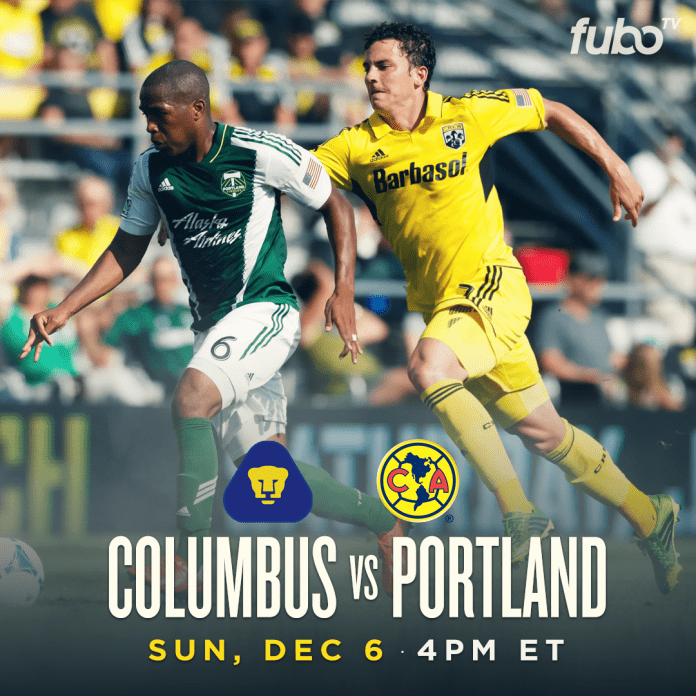 You can watch Columbus Crew vs Portland Timbers live online through Fubo.tv – click here to sign up.

Columbus Crew are looking for their second MLS Cup in their club’s history after winning in 2008 against New York Red Bulls.

New York were the favorites to move on after dominating the conference earlier in the season, but Columbus were the team that took a 2-0 lead in the first leg at their home stadium.

In the second leg, New York rallied back late in the game and scored a goal in the 93rd minute, but were one goal away from forcing the game to go into extra time.

New York almost did force an equalizer in the few seconds of the game when Bradley Wright-Philips’ header hit the post and bounced away from the goal.

Columbus may have failed to get on the score sheet, but did just enough and won 2-1 on aggregate. Columbus had a nervy final few minutes, but won the Eastern Conference.

Columbus Crew have two big advantages going into this final game. First, they have the top goal scorer in the MLS. Kei Kamara has been in unbelievable form this season, scoring 25 goals and helping Columbus advance to the finals.

Second, the MLS final will be played in the home stadium of Columbus Crew and will more than likely have the majority of the support with their home fans packed into the stadium.

These two factors seem to make Columbus Crew the favorites to lift the MLS Cup.

Columbus may have the upper hand playing at their home stadium, but they will be coming up against a very confident Portland Timbers side.

Portland Timbers played against FC Dallas in the Western Conference final. FC Dallas, like New York, were the favorites going into the game but Portland won the first leg at their home stadium with a commanding score of 3-1.

FC Dallas had a chance to win at their home stadium in the second leg, but could not defend against Portland’s attacks. Portland were the first to score in this game with an important away goal in the 54th minute from Fanendo Adi.

Dallas rallied back and turned the game around with two goals in the 68th and 73rd minutes. Dallas needed one more goal to force the game into extra time, but it was Portland who scored again in the 95th minute, securing their place in the final with a 5-3 win on aggregate.

Portland will be full of confidence after winning the Western Conference and scoring five goals against FC Dallas. This is the first time that Portland will be playing in an MLS Cup final, but they most certainly have the talent and confidence to pull off a win.

The MLS Cup final between Portland Timbers and Columbus crew will be played on Sunday, December 6th at Mapfre Stadium in Columbus, Ohio and will be broadcasted on ESPN.

This game is a must-see for all fans and will be a close, intense game up until the final whistle. Columbus may have the advantage of playing at their home stadium, but it will not be an easy match by any means.

Portland will be extremely hungry for this victory and their first ever MLS Cup.