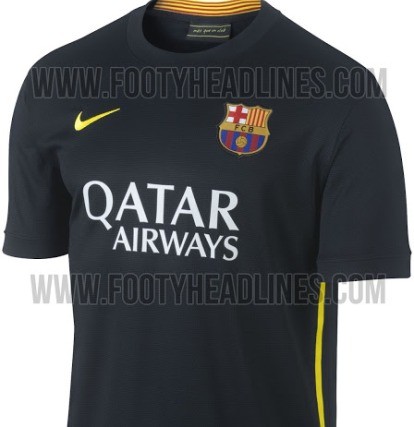 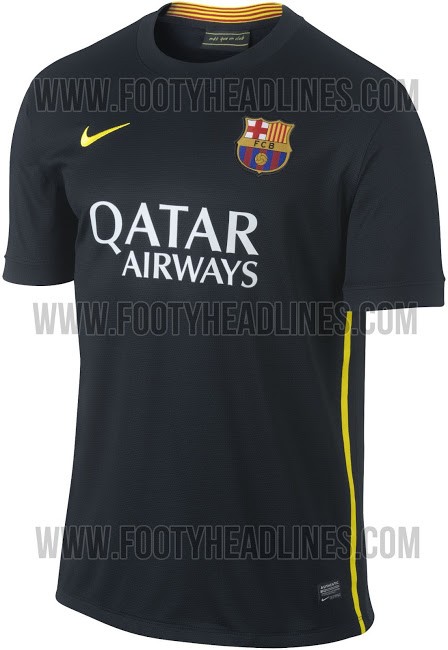 Nike sponsored FC Barcelona’s 2013-14 Third Kit has been leaked. It was one of the last kits that were yet to be unveiled officially.

Yesterday, Barcelona President Sandro Rosell, told the Catalan RAC1 radio channel that the new away kit, would be the most sold away kit ever and will be used as the Third kit at the club, as long as he remains the President.

The kit design is very simple. The colour of the jersey is black, with a round simple collar and yellow line on the side of the shirt. The UNICEF logo is marked at the back with deep yellow.

Here are the images, first leaked by footyheadlines.com