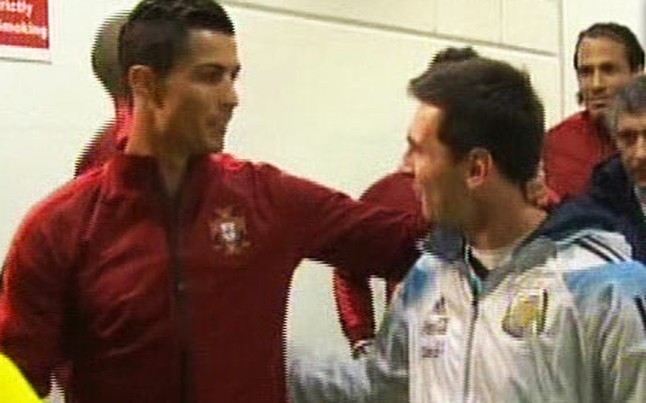 Lionel Messi and Cristiano Ronaldo are by far the two best footballers on the planet for the past few years and are still holding the top two positions.

Real Madrid superstar returned to his former club Manchester United as his national side Portugal were facing Messi’s Argentina in the international friendly fixture at Old Trafford on Tuesday.

Raphael Guerreiro’s injury time winner was sufficient for Portugal to seal a 1-0 victory. Both Ronaldo and Messi were subbed off at half-time

Before the start of the match, both Ronaldo and Messi were seen shaking hands in the tunnel. The video is given below.