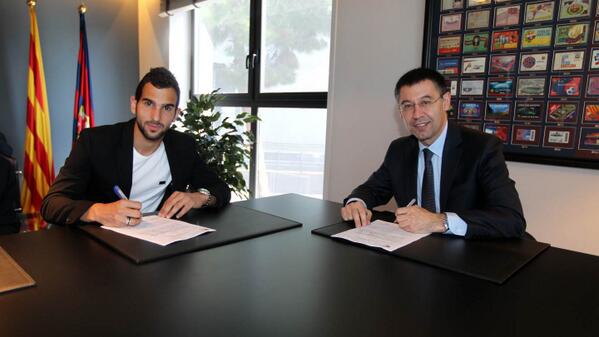 Long term Liverpool target Martin Montoya has signed a new deal with Barcelona that will keep him at the club until 2018.

Montoya came through the ranks at the fabled ‘La Masia’ academy, and made his first team debut in 2011. This campaign, he has filled in nicely for the injured Dani Alves.

Like Liverpool, the 22-year-old was also a target of Chelsea, with the two Premier League clubs reportedly eager to take advantage of his contract situation, as the player was set to become a free agent at the end of the season.

But the duo will now have to look elsewhere, with the defender now remaining at the Camp Nou for the foreseeable future.

“Barça first team player Martín Montoya will sign, on Friday 28 March, at 1p.m. in the Club offices, the renewal of his contract with FC Barcelona, until 30 June 2018. Last Saturday the agreement for the renewal of the 22 year old Barça defender was announced.

“The contract buy-out clause will be 20 million Euros.