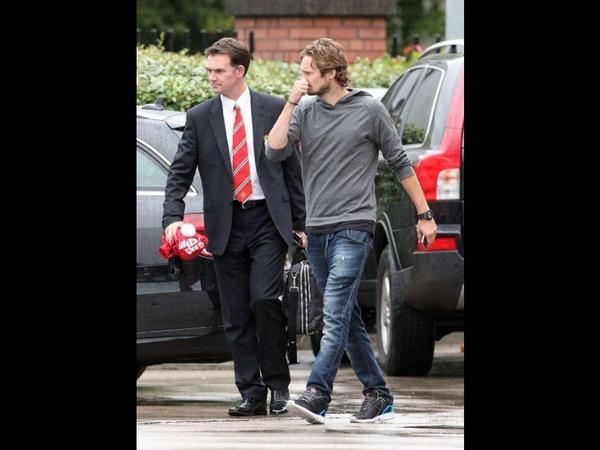 Daley Blind has arrived in England for his medical before he completes his switch to Manchester United in the final week of the ongoing summer transfer window.

The 20-time English champions agreed a fee with Ajax for the transfer of the 24-year-old versatile star player. The deal was subjected to agreeing personal terms and medical. United manager Louis van Gaal confirmed on Saturday that Blind will come to Manchester to have his medical.

“He’ll come to Manchester to have a medical, and then we might have a new player. I think it’s very smart of the manager [to have three left-sided defenders],” Van Gaal told the club’s official website.

The Dutch international becomes the Red Devils’ fifth major signing of this summer. Prior to this, United have already added Ander Herrera, Luke Shaw, Marcos Rojo and Angel Di Maria.