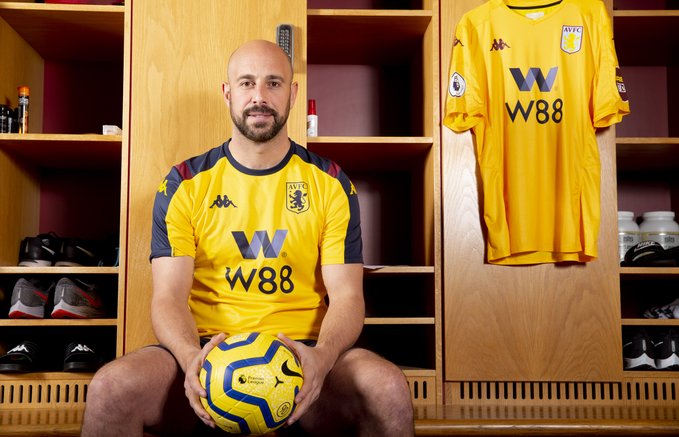 Aston Villa confirmed on Monday their second signing of the January transfer window after landing Liverpool and Spain goalkeeper Pepe Reina on loan from AC Milan for the rest of the season.

The 37-year-old World Cup winner has taken to social networking site Twitter to express his reaction after completing the move. He wrote:

Villa desperately needed to sign a goalkeeper this month after England international Tom Heaton was ruled out for the rest of the season. The former Burnley goalkeeper suffered a knee injury in January, and won’t take any part for the remainder of the season.

Also, Jed Steer, who is now Heaton’s understudy, is also out through injury.

The Spaniard played his best football during his time at Liverpool. He made 394 appearances for the Reds between 2005 and 2013 before moving to Bayern Munich.

Villa have already bolstered their midfield this month by signing Danny Drinkwater from Chelsea on loan. They are also looking to add a striker to their ranks following the injury to Wesley who has been ruled out for the rest of the season.