Bayern Munich manager Pep Guardiola announced earlier this week that he will not renew his current deal with the Bundesliga champions and will head to the Premier league in the summer.

The former Barcelona manager also claimed that he is quite young and is looking forward to a new challenge in a new country.

Although media reports say that Guardiola is destined for Manchester City, the former Barcelona boss confirmed that he has not accepted an offer yet. 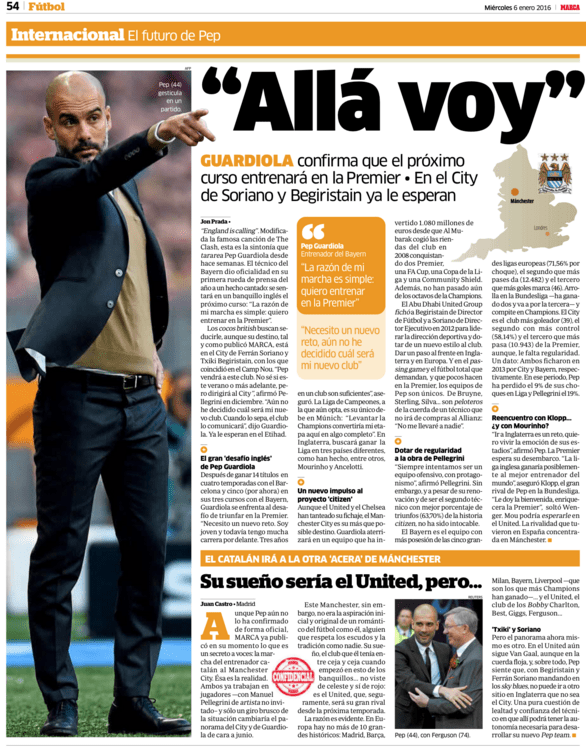 Spanish newspaper Marca (via Sportwitness) have claimed that Guardiola might end up at Manchester City, but he prefers the Manchester United job.

Guardiola is a football romantic and would love to join the biggest club in England. The report also says that Guardiola always wanted to manage Manchester United, ever since he decided to become a manager.

It will be interesting to see if Manchester United try and hijack Guardiola’s move to Manchester City. The Old Trafford giants are likely to replace Van Gaal in the summer and have been linked with the likes of Giggs and Mourinho.

It has also been reported that Guardiola is a target for Chelsea owner Roman Abramovich, who is ready to offer a bumper financial package to lure him.