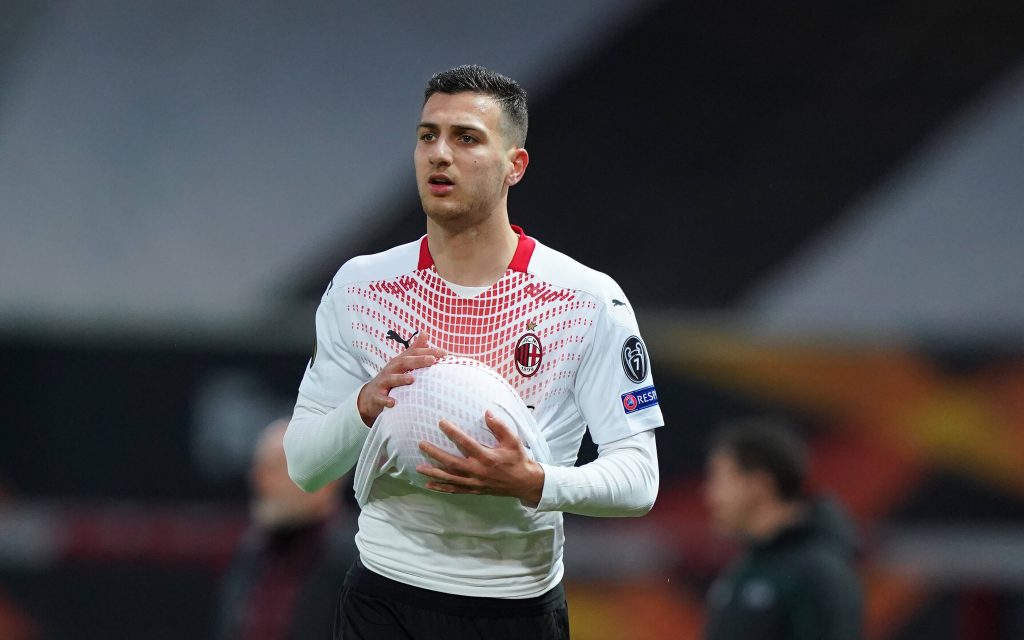 Dalot joined AC Milan on a season-long loan last summer, and he has since turned out 22 times for the club in all competitions.

He has largely been the back-up for the full-back positions and has played when one of Theo Hernandez or Mattia Calabria have been injured or rested.

In Hernandez’s absence, Dalot started at left-back against the Red Devils yesterday and put in a solid performance in the 1-1 Europa League draw.

While he is right-footed, the Portuguese showed no concerns operating on the opposite flank and produced some quality crosses into the box with his weaker left foot.

Following the game, Scholes was impressed with what he had seen from the 21-year-old and believes the defender can return to the United mix with a strong pre-season.

He added that the Portuguese is much better going forward than Aaron Wan-Bissaka and could be a quality competitor to the former England Under-21 international.

“He’s done the right thing to get games at a big club – that will do him the world of good,” he told BT Sport via Metro.

“He played in an unfamiliar position tonight, on that left side, but even his crossing with his left foot was brilliant. I thought defensively he did everything he had to do.

“I think he’ll come back at the end of the season. Pre-season will be big for him. It’s time for him to really perform in those pre-season games. Put a bit of pressure on Wan-Bissaka.

“He’s different to Wan-Bissaka. We know what a great defender Wan-Bissaka is. I think he’s got more quality going forward. It’s a decision for the manager and what he wants.”

Dalot has not had much playing time in Serie A with only 586 minutes but has been a regular in the Europa League, where he has been ever-present.

The Portuguese has registered two goals and two assists from his 22 outings for the Rossoneri this term, and there have been positive signs.

He has not managed to find consistency in his performances, but that is justifiable given he has been in-and-out of the line-up.

The versatile full-back will return to Old Trafford this summer when his temporary deal expires and he needs to decide his future.

His contract with the Red Devils does not expire until June 2023, and he will be hoping to impress Ole Gunnar Solskjaer in pre-season.

Should that be unsuccessful, he may consider a fresh challenge with another club where he has the assurance of a regular starting role.