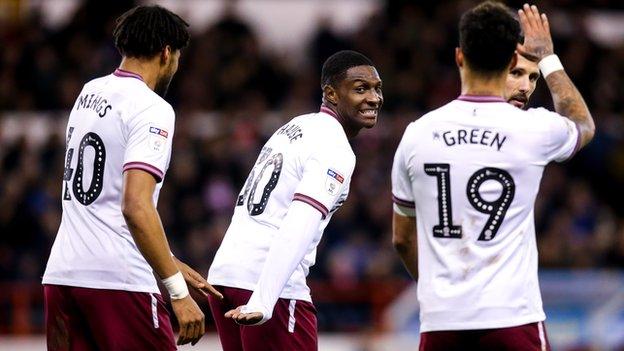 Former Aston Villa player Paul McGrath has given his reaction to the win over Nottingham Forest last night.

The former star tweeted that Aston Villa were dominant and brave throughout the game.

He also lavished praise on John McGinn and Jack Grealish. Both midfielders were outstanding last night and they deserve all the praise coming their way.

McGinn scored a brace for Dean Smith’s side and Hause bagged the other goal for Aston Villa.

The Championship outfit have improved a lot in the recent weeks and it seems that Jack Grealish’s return has boosted them in terms of quality and confidence.

They will be hoping to secure a place in the top five now and if they keep playing at this level, Premier League football might just be on the cards next season.

It will be interesting to see if Aston Villa can keep up this form until the end of the season.

They certainly have the quality to do so. They were just lacking in consistency and it seems that they have improved in regard.