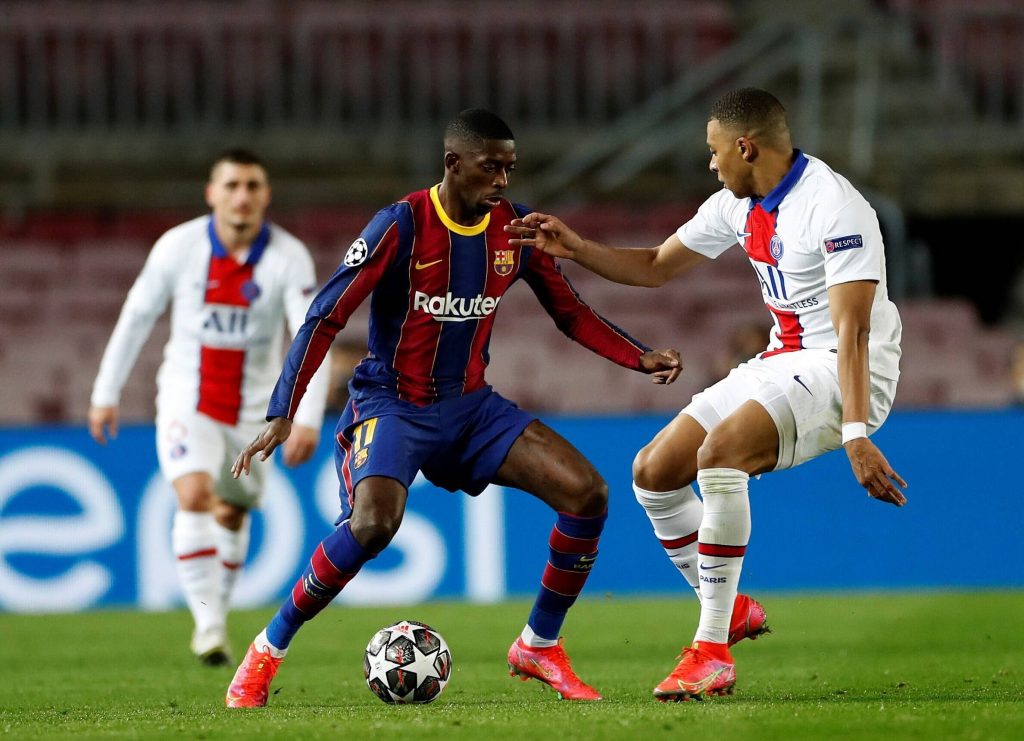 Barcelona face the monumental task of overcoming a three-goal deficit as they take on Paris Saint-Germain in the return leg of their Champions League last-16 tie.

PSG’s 4-1 first-leg success at Camp Nou does not necessarily exclude a head-to-head drama at the Parc des Princes.

Barca managed to overturn a 4-0 first-leg disadvantage when the two sides met at this stage of the competition in 2016/17.

It should be enough of a warning for PSG not to rule their opposition out prematurely.

PSG have won two of their last three Champions League meetings with Barcelona (L1), as many as they had in their first eight in the competition (W2, D3, L3).

The Parisians have managed to find the net in each of their last 22 home matches in Europe’s elite club tournament, recording a total of 61 strikes in the process.

Mauricio Pochettino’s men have netted over 2.5 goals in each of their last three Champions League fixtures, managing an average of 4.00 goals scored per game.

A draw is seemingly off the table, as none of Paris’ last ten competitive outings on home turf have ended in a stalemate (W8, L2), with 70% of them seeing the victor register a shutout.

Kylian Mbappe will be eager to get on the scoresheet as it would make him the youngest player to reach a 25-goal milestone in the Champions League.

Barca will be looking to write their name in the Champions League history books and become the first team to progress from a two-legged tie after losing the first leg at home by a three-goal margin.

However, the current La Liga runners-up have suffered defeats in both of their previous Champions League fixtures and now encounter the risk of losing three on the bounce for the first time in the club’s history.

The Catalan giants have only won one of their last nine away games in the Champions League knock-out stages (D3, L5), frustratingly drawing a blank on six occasions.

Ronald Koeman’s men can take some confidence from the fact that they have not conceded a single goal across their three continental trips this season.

Interestingly, Lionel Messi has only lost four out of the 75 Champions League fixtures in which he found the net, with two of those defeats coming precisely against PSG.