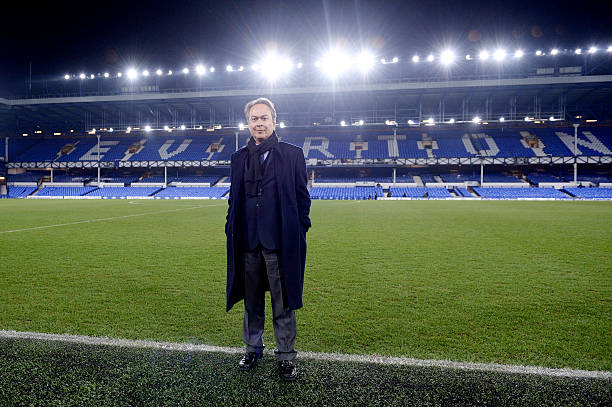 Everton reportedly want to pip Arsenal to the signature of Crystal Palace forward Wilfried Zaha, despite the fact that the Eagles have quoted £80 million for their prized possession.

The Toffees are set to flog out of favour winger Ademola Lookman to RB Leipzig for £22.5 million, and want to reinvest the proceeds in another wideman.

Everton majority shareholder Farhad Moshiri wants the club to break into top-six, and has splashed £45 million and £50 million on the signings of Gylfi Sigurðsson and Richarlison respectively in the last two summer transfer windows.

However, meeting Palace’s valuation and breaking the bank to snap up Zaha will be the clearest indicator yet as far as breaking into the European places goes for the Merseyside outfit.

Having sold Aaron Wan-Bissaka to Manchester United for £50 million, it’s almost impossible to see the Selhurst Park outfit letting the in-demand Ivory Coast international go for anything less than £80 million.

If Everton indeed want to part with such amount remains to be seen, but sealing a move for the 26-year-old by beating Arsenal to his signature will be the strongest statement of intent made in the transfer window this summer by a top-flight side.

Recent investments by Moshiri have pushed the Goodison Park outfit up the league table, and adding a quality forward like Zaha to manager Marco Silva’s attack will undoubtedly make them better going forward.

Everton have only made three signings this summer, bringing in goalkeeper Jonas Lossl for free from Huddersfield Town, making Andre Gomes’s loan from Barcelona permanent and adding former Manchester City man Fabian Delph to the squad.

It’s been a pretty decent summer for the Blues, but landing Zaha will be huge and Silva will be empowered to deliver a top-six, or at least top-seven finish next term.