Opinion: Manchester United rejecting the opportunity to sign Moise Kean is a transfer mistake Everton could benefit from 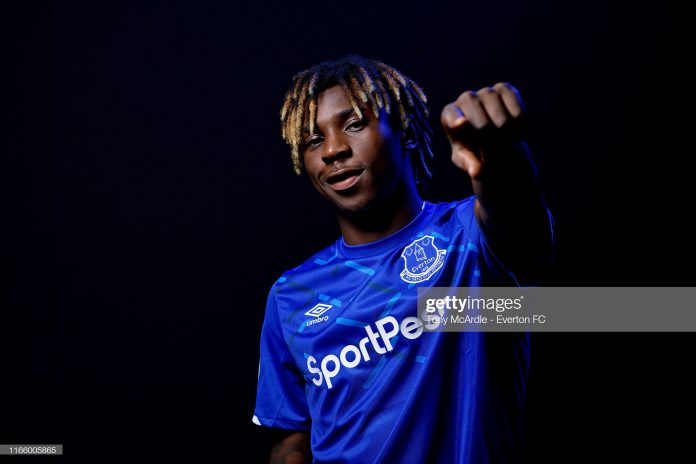 The 19-year-old has since joined Everton for an initial fee of £25.1 million that could rise to £27.5 million on a five-year deal, and he is expected to finally help the Toffees replace Romelu Lukaku’s goals.

The Belgium international left Goodison Park for Old Trafford two summers ago but completed a move to Inter Milan yesterday.

Man. United manager Ole Gunnar Solskjaer didn’t bring in a replacement as he wants to rely on Marcus Rashford and Mason Greenwood.

While both youngsters could deliver the goods, adding Kean to their attack would have been a huge boost to their top-four chances this term.

The Red Devils’ loss is Everton’s gain, though, and the Toffees could become the greatest beneficiary of a potential huge transfer mistake on their part.

The former Juventus striker scored eight goals in 21 appearances during his time with the Old Lady, including six goals in 13 Serie A games to help them to the title last season, and he has all the attributes to become one of the best goalscorers in the game.

Manager Marco Silva and Director of Football Marcel Brands have pulled off a masterstroke by landing a huge potential.

Arsenal were also keen on the teenage striking sensation, but they couldn’t guarantee him regular playing minutes, hence his decision to join Everton.

It will be interesting to see how Kean fares this season and going forward, but United could end up regretting rejecting the chance to sign him should he turn out good in the English top-flight.